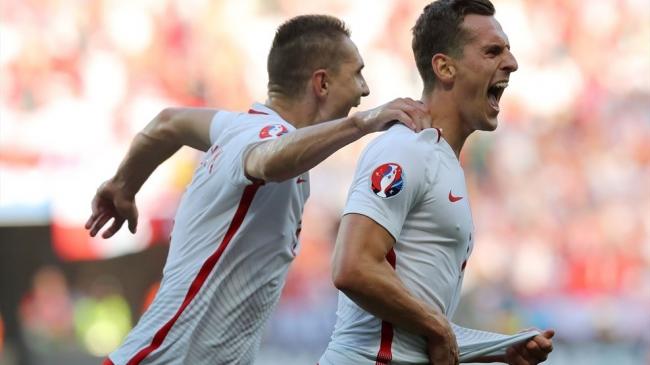 If Poland were irked at not having led at the break after a one-sided first half then that annoyance will have dissipated with the Ajax forward's 11th international goal, a low shot beyond Michael McGovern from just inside the penalty area six minutes into the second period.

The task facing the debutants was apparent early on. Poland, with their full-backs overlapping and Milik operating in a free role behind Robert Lewandowski, swarmed all over their opponents, dominating possession and territory.

The possession figure was as high as 75% at one stage during a first half in which Milik, after Åukasz Piszczek skipped around Gareth McAuley, fired over and left-winger Bartosz Kapustka, 19, stung the palms of McGovern.

The wave of white shirts did not relent after the restart and the breakthrough Adam NawaÅ‚ka's team had been threatening eventually arrived when Milik struck, sweeping Jakub BÅ‚aszczykowski's cutback into McGovern's bottom left-hand corner.