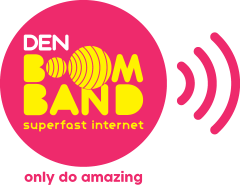 Delhi Dynamos invited to be a part of World Soccer Congress

Agarwal was quoted, “I feel absolutely elated to have been invited to speak at the World Soccer Congress. Indian Football is an expanding and a progressive industry, the world is watching us and we at Delhi Dynamos F.C. believe in rising to the occasion.”

This marks as yet another first for Delhi Dynamos F.C., as the President of the club is the sole Indian club representative on the list of the invitees. His presence at the World Soccer Congress in Shanghai, brings Delhi Dynamos F.C. an opportunity to explore and connect with global football industry giants.

Prashant Agarwal is scheduled to speak on the growing football industry in India and on successfully running Delhi Dynamos F.C. during season 2 of the Indian Super League.

The World Soccer Congress is scheduled to take place over three days in Shanghai from June 1-June 3,2016. The forum is to focus on the following through guest speakers and discussions-
1. World Soccer Industry Development and China Soccer Reform
2. Soccer Match Management and Commercial Exploration
3. Operation and Management of Professional Clubs
4. Big Data of Soccer Industry and Application of New Technologies
5. Soccer Medical and Rehabilitation Innovation
6. Field Construction Operation and Maintenance