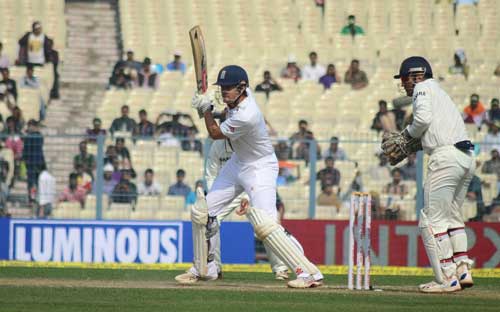 Reaching five on the fourth day of the second Test, the England skipper touched the record.