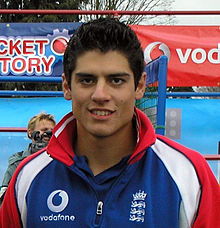 He needed just 20 runs to reach the landmark.

He caught by  Dimuth Karunaratne  at the slip off  Suranga Lakmal.

He will get another chance in the Test to reach the milestone as the Englishman will become the first cricketer from the country to touch the landmark.

The 31 years and 154 days old skipper will also have the chance to  be the youngest batsman of all time to score 10,000 Test runs and thus breaking the record set by retired Indian batting legend Sachin Tendulkar.