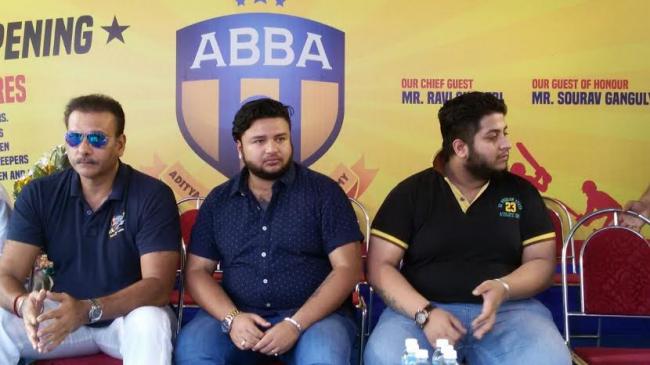 The facility, which was inaugurated by former Indian international and current team director Ravi Shastri, will provide coaching for both boys and girls. Others who attended the inauguration were city rocker and Cactus band crooner Sidhu, danseuse and social worker Alokananda Ray and Anirban Aditya. ABBA is an initiation of the Bhaskar Aditya Foundation. Stating their goals, the facility said in a statement, "ABBA is setting up itself to bring in a complete reform in the sports infrastructure, where we will take care of every minute details of the training process and also would emphasize on after training sessions. We intend to treat every student personally to identify their strengths and weaknesses and train them to balance and use both." The facility will cater to several age groups depending on the strength and skill of a certain individuals. The special privileges for every student includes:    Video Analysis Small Group Tuition Summer Camp  Exchange Program in abroad for coaching Inputs from national and international icons Corporate sports events Transport for students         The academy also intends to introduce cricket training for the visually impaired sector of the society. ABBA also looks forward to set up workshops and training sessions for corporates. The special highlight is the after training session. Where the academy would not only concentrate on the training but also on the after training session which would include nutritional guides and cooling down sessions, which is equally important to be taken care of to maintain a healthy living for the players.