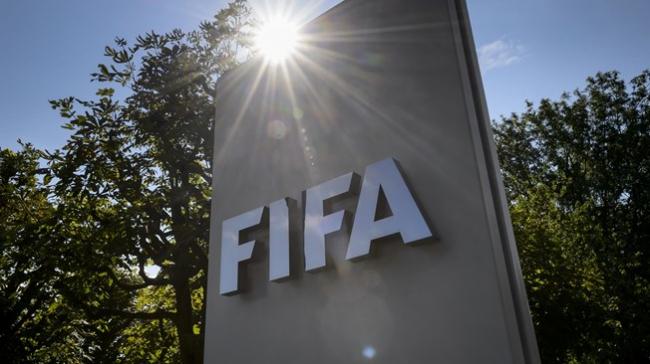 India Blooms News Service | | 25 May 2016, 01:32 pm
#FIFA, #Papua New Guinea, #Stop TB, #FIFA 11 for Health
Zurich, May 25 (IBNS) The â€œFIFA 11 for Healthâ€ programme, which improves childrenâ€™s knowledge, attitudes and behaviour with regard to disease and lifestyle, will be rolled out in July in Port Moresby, the Host City of the FIFA U-20 Womenâ€™s World Cup, an official release said.

The “FIFA 11 for Health” programme encompasses simple messages on prevention that are linked to a specific football action. To better reflect the health profile of Papua New Guinea, the programme will integrate tuberculosis (TB) in its educational messages in order to focus on a disease that is a major public health concern in the country. The 11 key messages are: play football, respect girls and women, protect yourself from HIV and TB, avoid drugs and alcohol, use treated bed nets, wash your hands, drink clean water, eat a balanced diet, get vaccinated, take your prescribed medication and fair play.

Papua New Guinea Football Association and Oceania Football Confederation President David Chung said: “The FIFA 11 for Health programme is very welcome as it will greatly impact the lives of young children in the schools, because they will be the ones taking the messages home to their parents and siblings.”

The instructional course for the teachers will be carried out in July, when it will be immediately rolled out in 16 primary schools, with the first certificates to be presented during the FIFA U-20 Women’s World Cup in November.

FIFA’s Chief Medical Officer Professor JiÅ™í DvoÅ™ák announced the roll-out plan, saying that there was a strong partnership between the departments of sport and education and the Host City because the “FIFA 11 for Health” programme complemented the initiatives of the Host City in promoting a healthier lifestyle and stopping violence against girls and women. “With the 11 for Health programme, we are targeting 11- to 12-year-olds, which is the age when children develop their character and attitude,” said DvoÅ™ák.

“TB, including multi-drug-resistant TB, is a major public health threat in Papua New Guinea. With this joint effort, we hope to raise awareness amongst stakeholders and the general population of the huge risks and implications of TB. Through concrete action, we can increase detection rates of the disease and work to help the country fight it,” said Lucica Ditiu, Executive Director of the Stop TB Partnership.

Host City governor Powes Parkop said: “I am very happy to endorse this programme in the National Capital District and to work closely with FIFA to roll out this 11 For Health programme in schools. It falls in line with our Active City Development Programme, where we are using sport and physical activity as a solution to address the many issues affecting the city and the country as a whole. I have also declared Port Moresby to be a safe city for women and girls, so this partnership will pave new ways to enhance all of the efforts that are being put in place”.