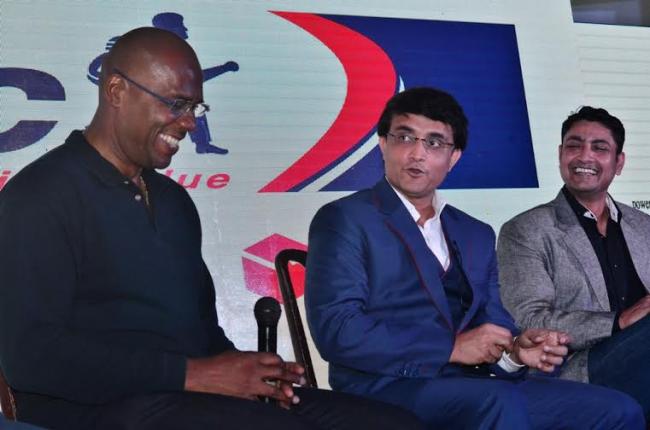 Using Kohli as a death bowler could have been avoided, says Sourav Ganguly

India Blooms News Service | | 02 Apr 2016, 11:15 pm
#Sourav Ganguly, # Kolkata, # BCCI, # West Indies, # Virat Kohli, # England
Kolkata, Apr 2 (IBNS): Former Indian skipper Sourav Ganguly on Saturday said that using Virat Kohli as a death bowler could have been avoided against West Indies in the semi-final match of the ICC World T20 while attending a panel discussion organised by DTDC in association with the Bengal Chamber of Commerce and Industries in Kolkata.

“It is easy to speculate off the field but defending 192 in a World Cup semi final in front of forty thousand Wankhede crowd is quite a pressure situation for any captain. Dhoni is a brilliant captain but under pressure you tend to try out different things. Virat Kohli bowling the last over is one area that could have been avoided. With almost twenty runs to score in the last two over’s Dhoni could have used him in the early stage of the innings,” said Ganguly.

DTDC, in association with BCCI, had organised a panel discussion, ‘Convergence of Sports and Entertainment’ at the chamber premises. The event was graced by former Indian captain Sourav Ganguly along with former West Indian fast bowler Ian Bishop and former wicket keeper batsman Deep Dasgupta.

He said he is hopeful that West Indies will perform well in the final that will be played in Kolkata on Sunday.

Talking about Sourav Ganguly as a cricketer and now as an administrator, the former West Indian pacer said: “Sourav was one of the main player leading the Indian team. He was never afraid to challenge any of the teams both in India and abroad. Now as an administrator he is doing wonders. West Indies cricket would need someone like him in the future.”

Ganguly too feels that the West Indians are the favourites for the final clash.

“The present West Indies team has one of the strongest batting line up with Johnson, Sammy, Gayle, Bravo, Brathwaite and Ramdin at nine and the conditions in Eden Gardens in going to be much different as compared to Wankhede,” he said.

On being asked about the challenges he has to face as being the President of the Cricket Association of Bengal, Ganguly said mockingly: “For the last two months I could barely sleep for only six hours a day, you get criticised, you get hammered. Without your knowledge the lights might go off and people calling up to know whether tickets are available and whoever you don’t give it will not talk to you anymore.”

Courier and cargo company DTDC also announced that it has appointed Sourav Ganguly as the official brand ambassador for the next three years.