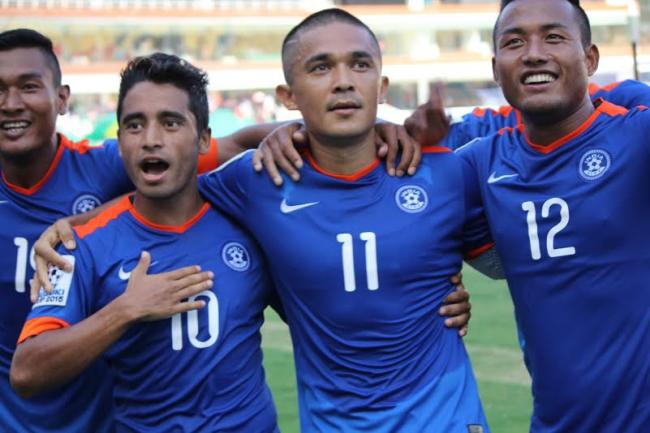 We haven't won anything as yet, stresses Constantine

Constantine was speaking at the post-match Official Media Interaction after India defeated Maldives 3-2 to progress to the Final of the SAFF Suzuki Cup.

“We still haven’t won anything. We have only got to the Finals. I ask everybody to stay calm and simply support us. This is nothing to be excited about there is still a game that we need to win,” he stated.

Reflecting upon the 3-2 win over Maldives in the today, Constantine opined, “We dominated the game and on any other day we could’ve scored five or six goals. Overall I am happy with the performance.”

“You have to take your chances and not concede sloppy goals. There is still room for improvement.”

Lauding the Kerala fans for their immense support, Constantine said, “The fans have been fantastic. They have showed that they are some of the best in India and I implore them to flock the Stadium for the finals and “Back the Blue.”

“I have fond memories of Kerala because of IM Vijayan and Jo Paul Ancheri. I had the honor to Coach them both and both of them were terrific and complete Players.”

Meanwhile, Sunil Chhetri who equaled Bhaichung Bhutia’s record of scoring the maximum number of goals in the SAFF Competitions (12) was dubbed as “the leader” by the British Coach.

“Sunil (Chhetri) leads by example. That is why he is a fantastic leader and that is why there is no substitute to him. As a Player you have to be adaptable and need to know how to fulfill a particular role. You need to have the Footballing tenacity in you.”

Constantine’s men were also showered with praise by Maldives’ Head Coach Ricki Herbert. “The Indian Players were fitter and stronger. They were hungrier and they showed that on the pitch,” he commented.