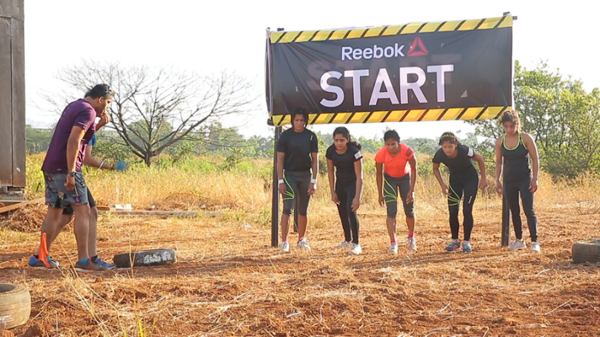 Supa Parvin and Gautam Dagar have been crowned the winners of the second season of the biggest fitness challenge of the country. Apart from the title, the winners take home cash and Reebok Merchandize worth 5 lakhs and get an opportunity to feature in a Reebok ad and train with fitness icon and Reebok Brand Ambassador, John Abraham. Reebok initiated the Ultimate Fitness Fan in 2013 and partnered with MTV India in 2014 to take it to the next level. Offering a platform to showcase their passion for fitness to fitness enthusiasts across the country, Reebok MTV Ultimate Fitness Fan Season 2 kicked-off with thousands of participants flocking to Reebok FitHub stores, gyms and other locations to give the Fit-Test auditions. John Abraham along with VJ Anusha Dandekar and VJ Parth Samthaan continued their search for one of India’s fittest person through a series of thrilling qualifying rounds ending with an action-packed grand finale. Designed by Reebok Master Trainers, the fitness tests were inspired from Reebok's 'Fit for Life' fitness philosophy testing participants’ physical, mental and social fitness levels. The Reebok MTV Ultimate Fitness Fan challenge has received a good response by the consumers with over thousands participating in the electrifying on-ground Fit Test conducted and judged by Reebok trainers across top cities. After successfully completing an intense workout, 175 top performing fitness fans qualified for the qualifiers. Conducted in four cities – Delhi, Mumbai, Bangalore and Kolkata, this round tested the strength,stamina, endurance, metabolic conditioning, power as well as speed through exhilarating fitness activities. 20 participants made their way to the finals judged by Reebok Master Trainers Vinata Shetty and Jatin Arora. Ten men and 10 women battled it out in the nail-biting finals by winning over various obstacles and challenges.The participants conquered not only their physical fitness levels but also their social skills and mental toughness levels in the never-seen before rescue mission task. They fought as both individuals and as a team in the battle for the fittest. After three challenging rounds in which contestants were made to face their fears,Supa Parvin from Kolkata was crowned as the female winner, whereas Gautam Dagar from New Delhi booked his berth as the male winner of the second season. Supa, a young athlete from Kolkata, is following the path of fitness from past 11 years. On the other hand, Gautam is the captain of India’s international Rugby team since 2008 and has also represented Indian in the Commonwealth Games and the Asian Games.