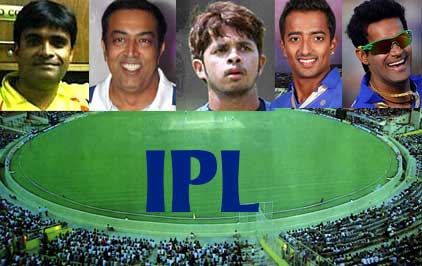 India Blooms News Service | | 24 Dec 2015, 10:02 pm
#Ajit Chandila , # Hiken Shah, # BCCI
Mumbai, Dec 24 (IBNS) The Disciplinary Committee of the Board of Control for Cricket in India (BCCI) on Thursday delayed its decision on the future of scam-hit cricketers Ajit Chandila and Hiken Shah.

Ajit Chandila and Hiken Shah appeared in person before the Committee.

"The duo have been given time till January 4, 2016 to file a written response to the charges against them," read a statement issued by the BCCI.

The Committee also decided to issue a notice to former Pakistan umpire Asad Rauf to respond to the charges against him, it said.

"The Disciplinary Committee, which consists of BCCI President Mr. Shashank Manohar, Mr. Niranjan Shah and Mr. Jyotiraditya Scindia, will now meet on January 5, 2016 to announce their decision," read the statement.

Ajit Chandila was arrested in 2013 over charges of  trying to spot-fix IPL games.