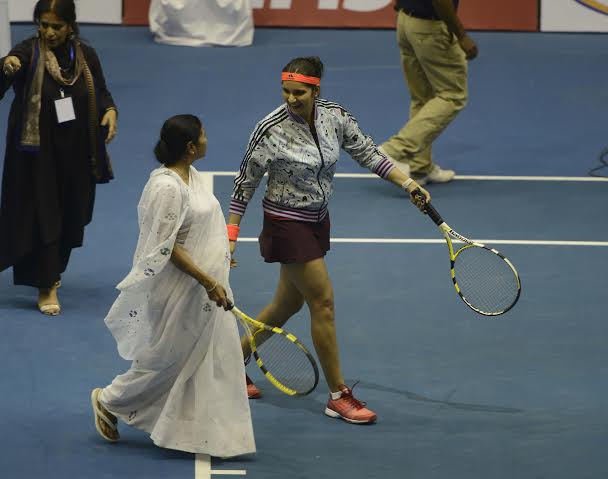 Trans World Features | | 24 Dec 2015, 02:58 pm
#Sports 2015, # That Was The Year That Was
The world of sport was full of surprises in 2015. From Cricket to Boxing, some reached a new high, while others had a disgraced run. TWF Correspondent Sudipto Maity looks back in wonder

If Pink Ball Test -a special ball for day night Test matches to ensure visibility- was the high point for Cricket, the IPL scandal marred it all. The Boxing world was too buzzing as Manny and Mayweather squared off for the match of the century. For India though the real delight came in guise of Vijender Singh, as he jabbed his way past his opponents to keep a clean sheet. Tennis and Badminton reached a new high, with Indians raking up the top spot, both women, Sania and Saina. Hockey faithfuls were overjoyed by the Azlan Shah bronze and the Rio Olympics qualification. There were other incidents too.

The ICC Cricket World Cup: Hosted and won by Australia, this edition of the World Cup witnessed some crazy actions. From 5 wicket hauls to double centuries, the 2015 edition was nothing short of a spectacle.

'Gayle’storm: Chris Gayle, often criticised for his tendency to throw his wicket away, did not disappoint his critics apart from this one instance, as he took on the Zimbabwean bowling and tore it apart. In a group stage match, the big Jamaican finally came to the party, hoicking almost every ball for a six, thus scoring the first double hundred in the world cup. Gayle’s 215 was a ‘gayle’storm that blew away the African nation.

Guptill’s coming of age double century: For long, the Kiwi dressing room spoke about the special talent of Martin Guptill. Earmarked by their batting coach Craig McMillan, the prodigious Guptill took long to launch himself, but boy! He did it in some fashion. At the receiving end was West Indies and Gayle, who almost a month earlier smashed Zimbabwe for a double hundred, felt some pain. Guptill went hammer and tongs to register an unbeaten 237, the highest score by an individual in a World Cup match.

Team India’s surprising show: Long before the 2015 World Cup even started, pundits were wary of India’s performance in the bouncy Australian pitches, but little did they know that Dhoni and his Men In Blue meant business. The long Australian summer tour proved useful beyond bounds as they not only won all their group matches, but also did the unprecedented by defeating South Africa by a huge margin. Though they reached the semis, all the players contributed equally, thus proving the great team game they played.

Australia’s homecoming: It indeed was homecoming for the hosts as they defeated their co-hosts New Zealand on the night of the Big Final. Michael Clarke had the best adieu moment, became the 4th Aussie skipper to lift the major ICC silverware as Australia celebrated its fifth world dominance. 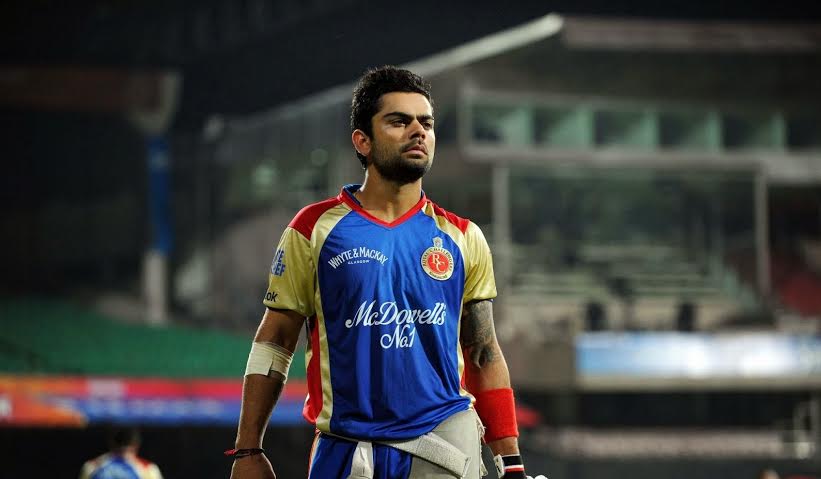 The IPL: As the controversy-marked IPL rolled into its eighth year, it was filled with topsy-turvy moments, topped with some unexpected performances, both good and bad. In a high voltage final Chennai Super Kings lost to Mumbai Indians, who won it for the second time.

No CSK, RR; Rajkot and Pune join the fold: Soon after the 2015 IPL was over, which was declared corruption free, there were talks about teams getting suspended and the inevitable took place only months later. As CSK and RR were suspended from the league for 2 years, New teams from Rajkot and Pune were granted permission to play in the league for 2 years.

Richie Benaud no more: The Cricket world lost one of the finest voices on the morning of April 10, when 85-year old Richard ‘Richie’ Benaud passed away. He was diagnosed with skin cancer.

AB’s devilish batting: There are few who can make the bat talk, AB can. After  Corey Anderson broke Shahid Afridi’s fastest hundred record, the buzz surrounding the formation of another record was high. It took a year and 18 days for AB de Villiers to respond to that question, as the South African comfortably raced past Anderson to make it happen in 31 balls. Bearing the burnt was West Indies.

Ashwin scales the Everest: Big boy Ravichandran Ashwin not only finished the year with 60 plus wickets, he also became the number one all rounder in Tests in the ICC rankings. Ashwin was instrumental in India’s prolific run in Tests, winning back to back series against Sri Lanka and South Africa.

The return of ‘Sir’ Jadeja: After being dropped from the national team and overlooked for more than a year, Ravindra Jadeja ‘gatecrashed’ into the senior side, catapulted by a sublime form in the domestic circuit. Jadeja kept on picking wickets and was finally called in for the South Africa series. What followed was a mayhem, (just ask the Proteas!). Together along with Ravichandran Ashwin, Jaddu spun the cherry to leave the visitors clueless in spin friendly tracks. Jaddu’s ‘jaadu’ bamboozled the visitors as they were unable to pick his turners, as he mostly deceived them with straight balls.

The Kohli era starts: Mahendra Singh Dhoni retired from Test cricket in 2014 and the baton was handed over to Virat Kohli. The Delhiite impressed one and all with his aggressive captaincy Down Under but the real ‘Test’ started from the Sri Lanka series. Kohli in his aggressive best, lost the first Test in Sri Lanka, chasing a small total the team was bowled out and conceded a 1-0 lead in a 3 match series. Just when the chips were down, Virat stood firm to bounce back and win the series 2-1. His good work continued in the recently concluded series against South Africa, where he and his men mauled the Proteas 3-0 in a 4 match series.

South Africa feel the chill in India: By far the best visiting side, who did not concede a single Test series for 9 years, away from home, was finally put to rest by an youthful Indian side. South Africa not only lost, they were made to look helpless. Kohli and his men were all smiles, winning the series 3-0, in what could have been a 4-0 victory, had the rain God kept away.

Sanga and Viru quit cricket: Two legends of the game, one a technical genius, the other an unorthodox entertainer, decided to hang their boots in 2015. Kumara Sangakkara and Virender Sehwag, after entertaining the cricket faithfuls for decades, finally called it a day. Sanga played his last match against India in his home country, a Test match his team lost. Sehwag who last played 2 years ago, gave up all hopes of making an international comeback and finally in the midst of the Ranji season announced the big news.

The Cricket All Stars: This was one starry affair in the US. Sachin, Sourav, Lara, Ponting, Laxman, Sehwag, Saqlain, Kallis, Walsh, Ambrose, Akram, along with the other stars (30 of them) teamed up in an effort to globalise cricket and played 3 T20 matches in the USA. Looking at the retired greats of the game was wonderful, but what took the cake was Kumar Sangakkara’s flawless batting. The just retired star made everyone questing his decision to retire from International cricket. Other highlights were the Lara-Warne rivalry, The Tendulkar-Warne rivalry and Shoaib and Wasim Akram bowling at fast pace.

'Pink ball' Test: History was created in 2015 when Australia and New Zealand squared off for the first official Day-Night Test match at Adelaide, Australia. Though Australia won the Test match and it barely lasted 3 days, the large turn out of spectators were indeed healthy signs for the sport. Also, the massive swing that the pink-ball generated later at night is a thing to look forward to. 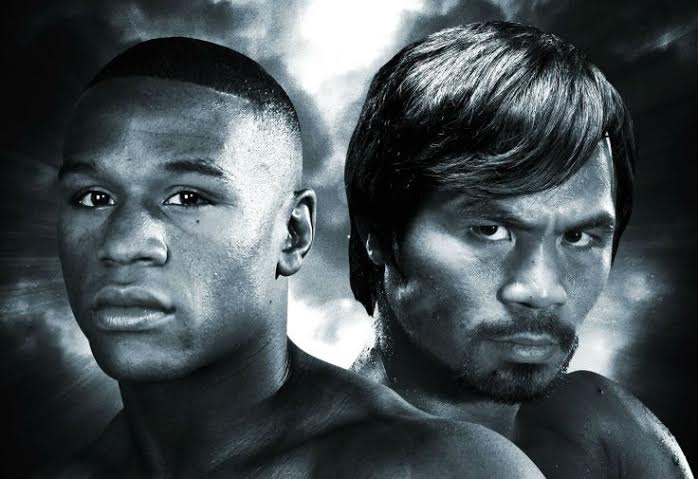 Barca’s 5: The La Liga, Copa del Rey, Champions League, European Super Cup and Club World Cup, Barcelona FC won all that was there for the taking. With Messi, Neymar and Suarez raking up the goals, they have looked unstoppable

The Second Season of ISL: After a promising inaugural season, the Indian Super League delivered the goods in the second year. The defending champions Atletico de Kolkata started off well. Following a dramatic league table finish, Chennaiyin FC locked horns with Kolkata and tipped them in the semis to reach the finals. In another semifinal Goa thumped Delhi. In a close final Chennaiyin defeated Delhi to lift the trophy. 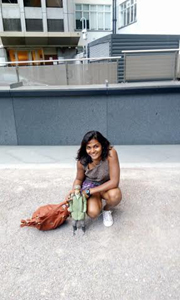 Sania rallies past to become the number one: This was one great year for the Tennis star. Sania Mirza not only ended the year as the number one women’s doubles player (alongside Martina Hingis), she also won 2 Grand Slams (Women’s Doubles) and ended the year with the WTA Tour Finals.

Djoker rules: Novak Djokovic had a great run in 2015. The world number one won three Grand Slams. He ended the year with the ATP Tour Finals win.

Serena…so close yet so far: Much like Novak Djokovic, the women’s number one in singles, Serena was in contention for a Calender Slam, but alas! She lost in the semis in her home country (US Open).

Back from retirement, Hingis hinge a new partnership: Martina Hingis had a helluva year. The Swiss came back from retirement, partnered with Leander Peas and Sania Mirza and virtually took the Tennis Women’s doubles and Mixed Doubles scene by storm. Her 2015 record reads 6 major wins, 5 of which are in Grand Slams, the other the Tour Final with Sania Mirza.

Leander the workhorse: Age is just a number and Leander keeps defying it, every year. The 42-year old just keeps on winning. Year 2015 was no exception either. He won 3 Mixed Doubles Grand Slams, with his partner Martina Hingis.

Saina’s world number one moment: 2015 was a good year for the Indian Badminton fans as Saina Nehwal became the first Indian to be crowned World Number One. Though her rank plunged later, she will finish the year as the World Number Two female player. 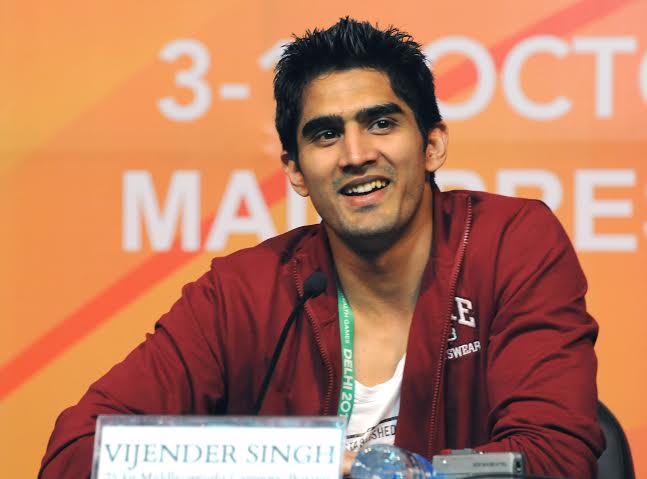 Vijender’s Pro Jab: Vijender Singh became the real boxing highlight for India in 2015. The Olympian decided to turn Pro in 2015 and so far so good! With a hat-trick of pro bout wins, he is someone to watch out for.

When ‘Money’ met Manny for the match of the century: The world witnessed two of the finest boxers take on each other on May 2. Floyd Mayweather (nicknamed Money) and Manny Pacquiao finally decided to face each other after years of speculation. It was Manny who finished second, thus the undefeated Mayweather escaped unscathed.


Bronze in Azlan Shah: The Indian outfit won the Bronze medal in the Sultan Azlan Shah Hockey Tournament, and also qualified for the Rio Olympics to be held at 2016 and the Hockey World Cup (2018).