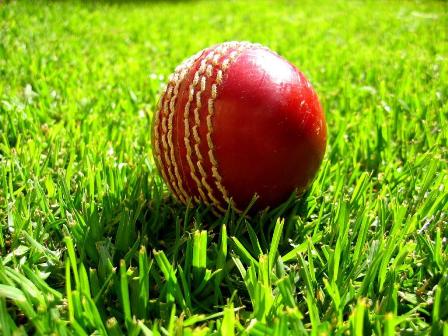 India Blooms News Service | | 30 Aug 2015, 07:47 pm
#India Sri Lanka Test Match
Colombo, Aug 30 (IBNS) India for most part of the day were brilliant and outplayed the hosts, Sri Lanka, at every department until debutant Kusal Janith Perera hit a fine fifty to bail his side out first and later Nuwan Pradeepâ€™s belligerent spell left the visitors reeling at 21 for the loss of 3 wickets after they managed to secure a 111- run lead in the first innings, here on Sunday.

Sri Lanka were bowled out for 201 in their first innings, but things could have been different for the Lankans had Perera not come up to their rescue.

India resuming on their overnight score of 292 for 8, added 20 more runs to their first innings score to end up with a competitive 312.
Cheteshwar Pujara, the man who chalked an escape route for the visitors with a fine century on day two, remained unbeaten on 145, while the rest barring Amit Mishra found it difficult to rally against the Lankan bowlers.

Sri Lanka had an equally awful start to their first innings. They lost wickets in heaps and were reduced to 47 for 6 at one point as Ishant and Co. bowled tight lines and wrecked havoc on them.

Perera played a counter-attacking innings and along with his partner Rangana Herath forged a 79-run partnership to wipe out any hopes of a follow-on.

The southpaw departed for 55 having played 56 deliveries and hit 9 boundaries in his quick fire innings.

Herath fell one short of his half-century as Ishant picked up his fifth wicket of the match.

Ishant who finished with 5 wickets was well supported by Amit Mishra and Stuart Binny who picked up 2 wickets each and Umesh Yaadav chipped in with a wicket.

After a fine unbeaten century in the previous innings Cheteshwar Pujara’s ensuing knock did not last too long as Dhammika Prasad pegged back his stumps with the second ball of the first over.

Minutes later, Nuwan Pradeep did the same with K L Rahul. The Karnataka lad departed for 2.

Rahane tried resisting the Sinhalese bowlers with his near perfect technique but he too could not spar for long as for the second successive time the identical bowler got him out in an identical way, leg before wicket.

Rohit Sharma (14) and Virat Kohli (1) are at the crease and will resume batting when play starts on the fourth day.

For the fourth consecutive day, rain bit away on a chunk of overs as stumps were declared early here on day three.