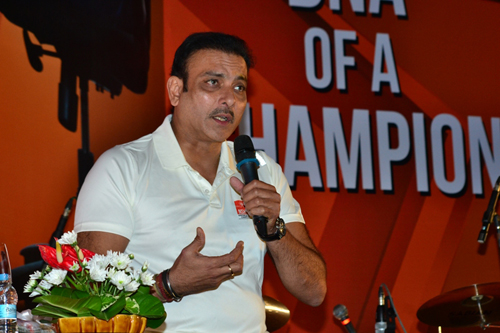 Rubbishing reports of rifts between the two cricketers, Shastri was quoted as saying by bcci.tv: "What people don’t realise is that there is tremendous mutual respect there between Virat Kohli and MS Dhoni. When MS was at his prime as India’s Test captain, Virat was only a youngster."

"There were times when Virat’s place wasn’t certain in the side and MS stuck by him. Such things are not forgotten. I can sense and see that respect without anyone having to tell me," he said.

India recently suffered a 2-1 defeat at the hands of Bangladesh in the ODI series recently.