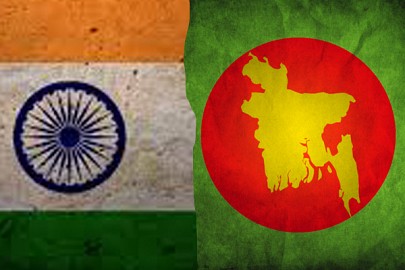 Posting 317 runs for the loss six wickets, India bowled out Bangladesh for 240 runs.

Soumya Sarkar (40) and Sabbir Rahman (43) tried to fight back against the Indian bowlers, who were bowling better than the previous two games, but lost their wickets in crucial junctures which did not help the home side.

Bangladesh kept losing wickets at regular intervals in the match and were bowled out for 240 runs.

Suresh Raina took three wickets for India and remained the pick of the bowlers.

Dhawan looked in good touch as he hit 10 boundaries in his knock.

Dhoni, who has been facing criticisms back home after his side lost the series, scored 77-ball 69 runs where he hit six boundaries and a six.

Ambati Rayudu  (44) and Raina (38) contributed with their willows.

It was for the first time in the history of the game, Bangladesh won a series against India.