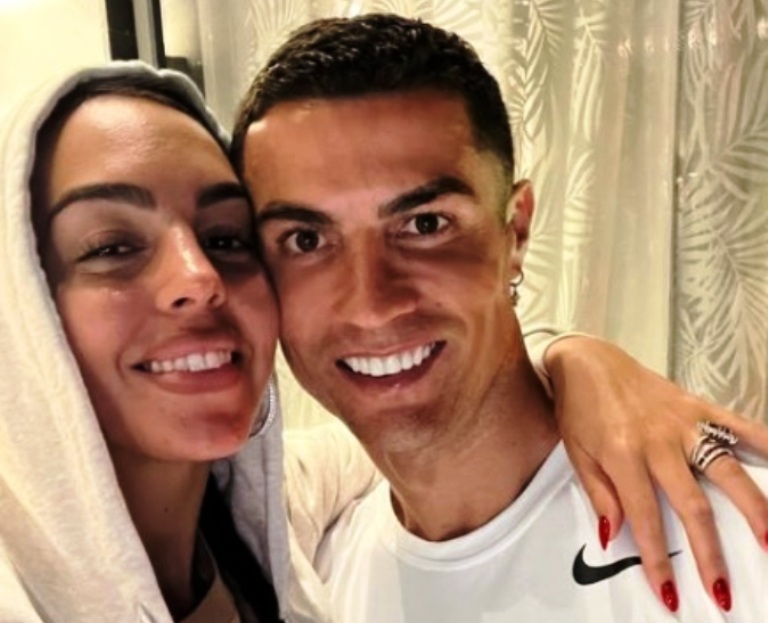 'What a shame': Cristiano Ronaldo's partner reacts to Portugal manager's decision to bench him against Switzerland

Doha/IBNS: One of the finest footballers in the history of soccer, Cristiano Ronaldo was benched as Portugal squared off against Switzerland in the FIFA World Cup Round of 16 matches on Tuesday.

While the fans of Ronaldo were initially left stunned by Portugal manager Fernando Santos' decision, his replacement Goncalo Ramos helped the country win the match with a hat-trick score leading his side to win 6-1.

However, Ronaldo's partner Georgina Rodriguez didn't seem to be much impressed with the decision as she took to social media to call it "a shame" that fans couldn't enjoy him playing.

In her post, she wrote: "Congratulations Portugal. While the 11 players sang the anthem, all eyes were on you. What a shame not to have been able to enjoy the best player in the world for 90 minutes. The fans did not stop asking for you and shouting your name. May God and your dear friend Fernando continue hand in hand and make us vibrate one more night."

The Portugal manager, Fernando Santos, explained his decision to bench Ronaldo in favour of Ramos after the game.

"Cristiano and Ramos are different players. There is no problem with the captain of the national team," Santos said.

"It was strategic. Players are different. I also started Diogo Dalot, Raphael Guerrero; however, Joao Cancelo is a fabulous player. That's what I thought for the game against Switzerland; in another game, it might be different," Santos added.

Experts now point out that considering how well Ramos played against Switzerland, it doesn't look like Ronaldo will be in the starting XI for Portugal against Morocco in the quarter-finals.