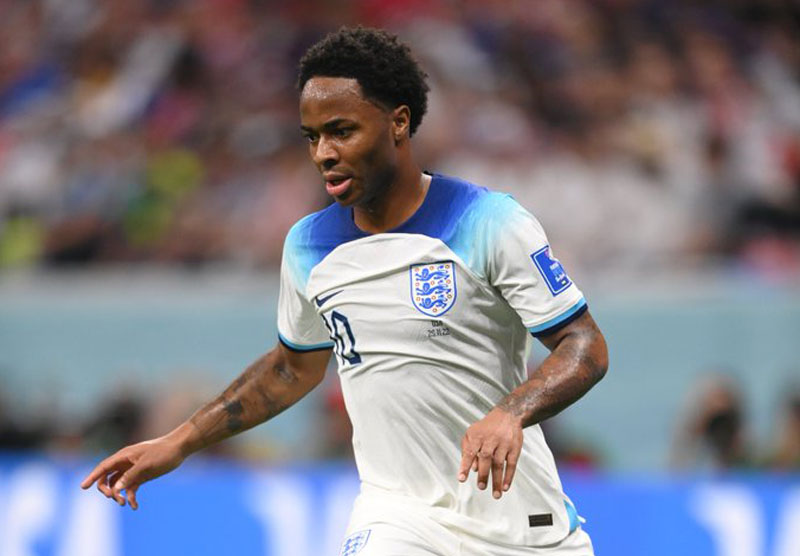 London: An English footballer left the World Cup squad in Qatar and returned to London after his home was burgled, media reports said on Monday.

Surrey Police said no-one was home at the time of the burglary on Saturday evening, in which jewellery and watches were taken, and no threats of violence were involved, reports BBC.

"We are currently investigating a report of a burglary at an address in Oxshott, Leatherhead. Police were contacted just before 9pm on Saturday December 3rd after the occupants of the property came home and discovered a number of items including jewellery and watches had been stolen. Enquiries to establish the circumstances are underway and the investigation is ongoing," the police said in a statement.

"No threat of violence was involved as the items were discovered stolen retrospectively. Enquiries into the circumstances are ongoing. No arrests have been made at this time," read the statement.

According to his spokesperson, Sterling was "shaken" by the news and "as soon as he was alerted he wanted to get home, concerned for the wellbeing of his children".

Raheem Sterling is not available for selection for the #ThreeLions tonight as he is dealing with a family matter. pic.twitter.com/CR6cU8J0wE

Speaking on the issue, the official Twitter handle of the English football squad said: "Raheem Sterling is not available for selection for the #ThreeLions tonight as he is dealing with a family matter."