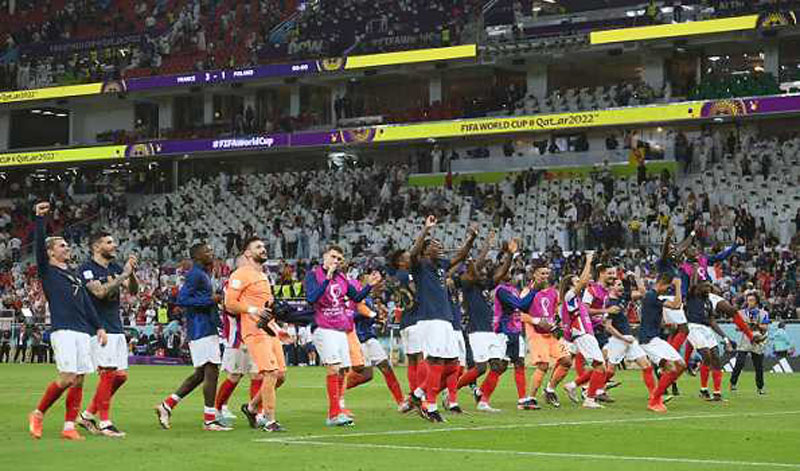 Doha: France advanced to the quarterfinals of the World Cup after defeating Poland 3-1 in the round-of-16 clash here on Sunday.

Kylian Mbappe fired two magnificent goals in the 74th and first minute of the extra time, to take his tally of goals to five in the tournament.

Olivier Giroud opened the account, and by doing so he broke the record of Thierry Henry as France's all-time leading goalscorer. It was a neat shot on the turn that found the bottom-right corner, after missing an open goal at the back post in the 29th minute. This was Giroud's record-breaking 52nd goal for Les Blues.

Robert Lewandowski got a consolation at the death for Poland from the penalty spot, but that was not enough to avoid saying goodbye to the tournament.

At the break, France held a 1-0 lead over Poland. But the losing side was impressive in the first half. They missed to score twice as Hugo Lloris and Raphael Varene restricted them from taking the lead.

France will now face England in the quarterfinals.