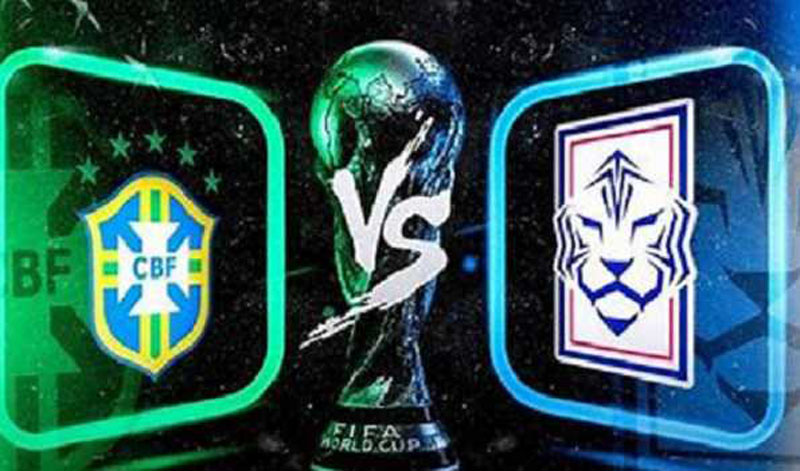 Brazil will be clear favorites against South Korea, but coach Tite has got some injury worries that could disrupt his side.

It was confirmed on Saturday that forward Gabriel Jesus and defender Alex Telles are both out of the World Cup through injury.

Danilo and Alex Sandro are also doubtful, while the Brazilians are also continuing to monitor Neymar's ankle.

It is in defense that Brazil have the most problems, with Dani Alves looking well off the pace against Cameroon and Eder Militao or Marquinhos asked to switch to cover at left back, leaving Brazil short of defensive cover on the bench.

The South Koreans kept calm to qualify with a nerve-shredding 2-1 win over Portugal, with the winning goal coming in injury time. But even though they needed to score, the South Koreans stayed disciplined, without throwing everything forward haphazardly.

Son Heung-min looks to be working himself up to full fitness, while Lee Kang-in gives quality service in attack to striker Cho Gue-sung and the Koreans have shown in this World Cup that they can get into good positions and put the ball into dangerous areas.

Their defense could be a weakness, but South Korea should not be underestimated, either for football or discipline.

Nobody can question the merits of a Japanese side that has reached the last 16 of the World Cup by beating Spain and Germany with impressive displays of counter-attacking football.

There is no reason to see why coach Hajime Moriyasu will change his tactics against a Croatian side that also like to control the ball and they will fancy their chance against a rival that isn't exactly fast in midfield.

One thing that is certain is that Japan's fans will add noise and color to the stands in the Al Janoub Stadium.

Even though Croatia qualified for the last 16 with a 0-0 draw over Belgium, it wasn't without its nervous moments and if Romelu Lukaku had been even just a bit more effective in front of goal, the 2018 runners-up would have been out of the tournament.

The Japanese will have focused on Croatia's lack of pace in midfield and defense as a weak point and players such as Ritsu Doan and Kaoru Mitoma, who made such an impact against Spain, will think they have a good chance of a repeat performance.