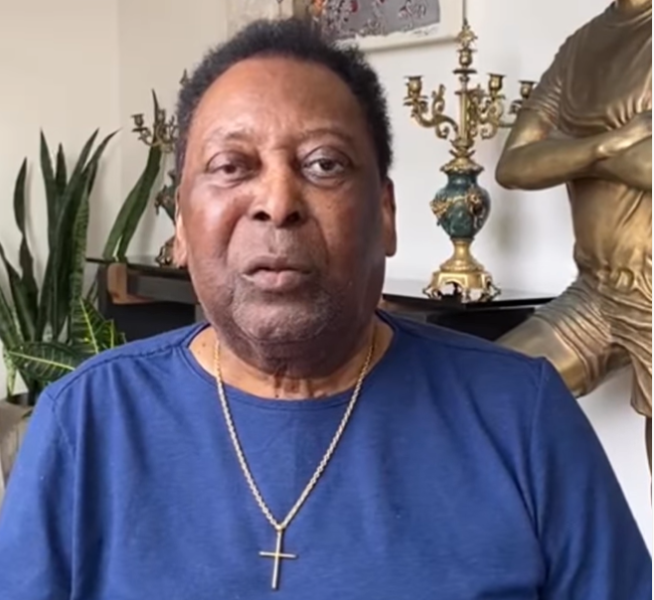 'Strong, with a lot of hope': Pele updates fans on his health

Brazilian soccer icon Pele said on Saturday he felt “strong, with a lot of hope” after media reported a day earlier that he had stopped responding to chemotherapy and was moved to “palliative care”.

Pele, regarded as one of the greatest soccer players of all time, was in the hospital for re-evaluation of his ongoing colon cancer treatment and was detected with a lung infection, according to media reports.

“My friends, I want to keep everyone calm and positive," Pele said in an Instagram post. "I'm strong, with a lot of hope and I follow my treatment as usual." Doctors treating Pele said earlier Saturday that the Brazilian legend remained "stable," with his condition not having deteriorated over the last day.

Earlier, Pele’s daughter had said that her father’s health was stable and there was no emergency.

Pele "has had a good response to care without any worsening in the clinical picture in the last 24 hours," doctors at Sao Paulo's Albert Einstein Hospital said in a statement.

The doctors made no mention of Friday’s media reports that said the football legend is now being treated only for cancer symptoms, which some reports stated as “end-of-life care”.

In 2021, Pele underwent colon surgery to have a tumour removed and has been coming to the hospital regularly since then, as per media reports.

As per a report in Folha de S. Paulo, Pele is no longer responding to Chemotherapy and is now only being treated for symptoms.

On Friday, Brazilian media also reported that Pele was responding to antibiotic therapy and his general health condition improved.