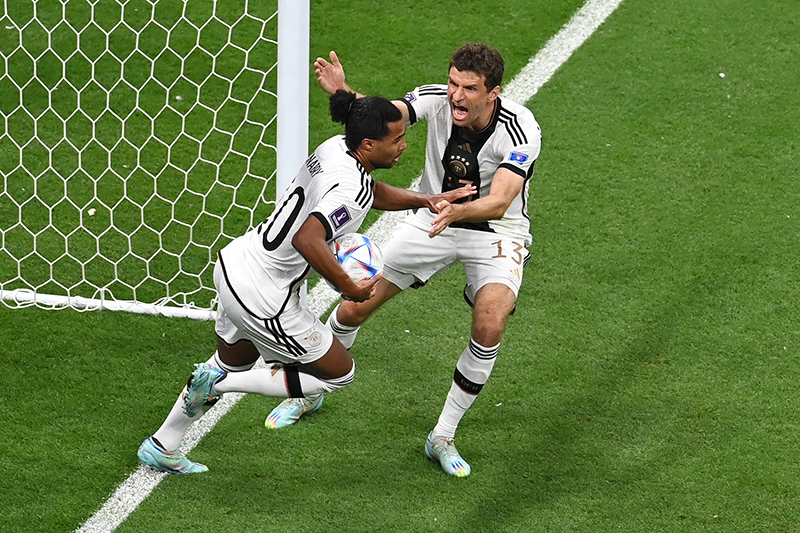 Flick said his team had paid the price for a poor performance in the first group fixture against Japan when Ritsu Doan and Takuma Asano scored in the last 20 minutes to give the Samurai Blue a 2-1 win.

"Our downfall didn't happen today but in 20 minutes against Japan," Flick said.

"We could have won against Spain with a bit more efficiency. Nevertheless, the disappointment is huge."

Germany had 32 shots on goal on Thursday, 11 of which were on target, while Costa Rica had seven attempts and five that forced goalkeeper Manuel Neuer into action.

"I'm not speechless. I was already disappointed and angry with the team in the first half," Flick said.

"We brought the opponent into the game through mistakes and carelessness."

He added: "We missed a lot of chances in the first half and tried to do better in the second half. We can blame ourselves for the fact that we're going home. My disappointment is huge and my coaching staff feels the same way."