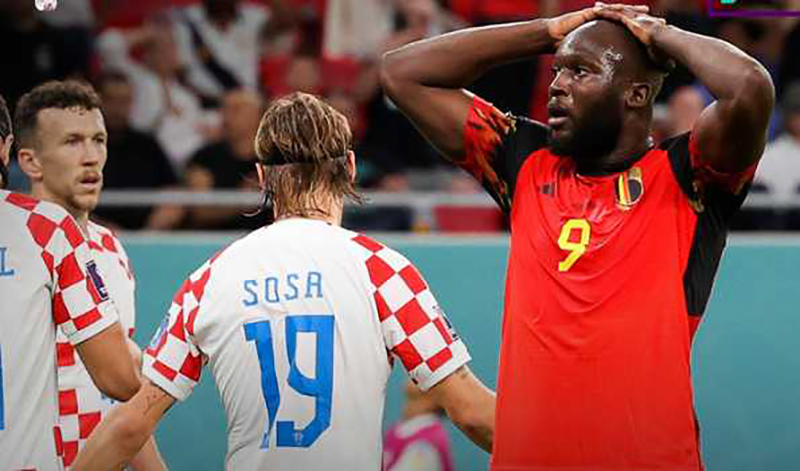 The 2018 runners-up, led by former Ballon d'Or winner Luka Modric, progressed as the second-placed team in Group F behind African side Morocco, who beat Canada 2-1 on Thursday.

Croatia could secure a round-of-16 berth if they avoided a defeat, while Belgium needed a victory to advance.

After a goalless first half which saw Croatia seemingly more aggressive on the pitch, Lukaku, Belgium's all-time leading scorer, came off the bench to replace Dries Mertens in the second half.

The 29-year-old striker could have put his team in front in the 60th minute when he got the ball in front of an almost empty net, only to have a shot ring off the inside of the post.

The Inter Milan forward came close again two minutes later, but his header went a little higher over the bar.

In the 87th minute, Thomas Meunier latched onto a loose ball in the Croatia box and steered it towards the goal. It traveled towards Lukaku, who stuck out a boot but sent his effort just past the right post.

The last chance appeared in stoppage time, when Thorgan Hazard clipped a cross into the middle of the box which Dejan Lovren failed to clear. But Lukaku misjudged the flight of the ball as it hit him in the chest and he didn't finish a strike.

The Belgians had 15 attempts at goal, four more than their opponents, but no one produced a goal.