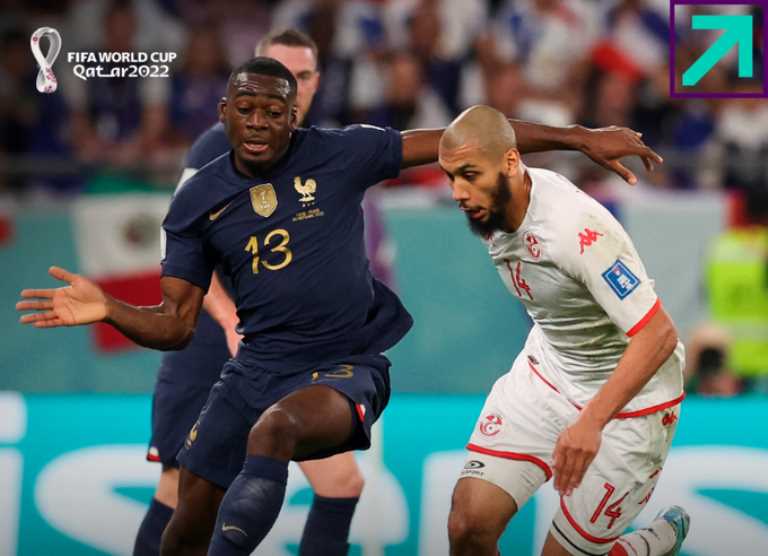 Doha/Xinhua: Defending champions France finished as Group D leaders despite a 1-0 defeat at the hands of Tunisia at the FIFA World Cup on Wednesday.

Tunisia almost saw their stunning victory over Didier Deschamps' side slip away in the last minute, but Antoine Griezmann's goal was canceled by VAR.

However, it was not enough to secure the African team a spot in the last 16 as they ranked third in the group. France and Australia were the top two finishers and progressed.

France had better goal difference over Australia, who beat Denmark 1-0 in the other match on Wednesday.

Captain Wahbi Khazri scored the winning goal for Tunisia in the 58th minute through a brilliant sole performance, as he dribbled from the middle circle to the box and slotted the ball into the far corner.

Deschamps' squad went into the match having already secured a place in the knockout stage, so the 54-year-old Frenchman chose to rest most of the regular starters including Kylian Mbappe, Ousmane Dembele and Griezmann and brought them on when his team fell behind in the second half.

But all the efforts from those star strikers failed to earn a goal for Les Blues. Griezmann did score in stoppage time which sent Tunisian supporters in the stadium into silence, but the referee checked VAR and cancelled the goal.

Khazri's goal had once sent Tunisia to second place in the group, but only for a couple of minutes. Australia took the lead against Denmark and finally claimed the victory to regain the spot and to stay in the tournament.