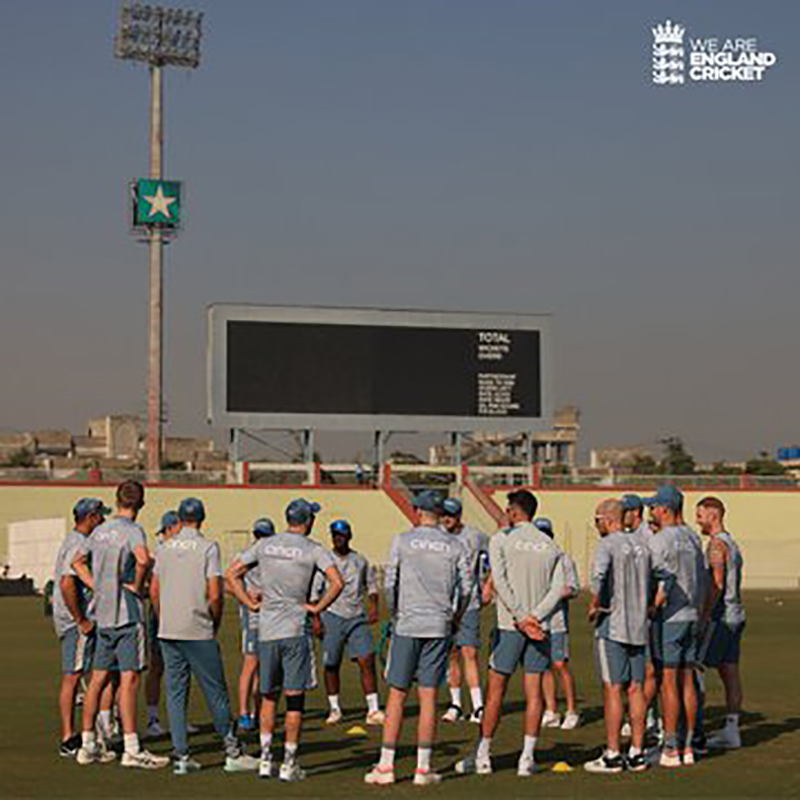 English cricketers suffering from viral infection, first Test against Pakistan might be delayed

Rawalpindi: The firstTest between England and Pakistan might be delayed by a day as some players of the tourists' squad are down with viral infection.

About 14 members of the party of players and coaches were advised to rest at the hotel on Wednesday, rather than attend training in Rawalpindi, reports BBC.

The first Test between Pakistan and England is scheduled to start from Thursday.

This is the first Test match the English side might play in Pakistan in 17 years.

Pakistan Cricket Board (PCB) tweeted: "The PCB and ECB are in discussions regarding the commencement of the 1st #PAKvENG Test as some England players are down with viral infection. The PCB continues to monitor the situation, is in contact with the ECB and will provide further updates in due course."

Speaking to BBC Sport, former captain Root said: "It's such a monumental tour and important series for so many reasons. We've waited 17 years to come to Pakistan to play a Test match. It means waiting another day, is that the worst thing in the world?"