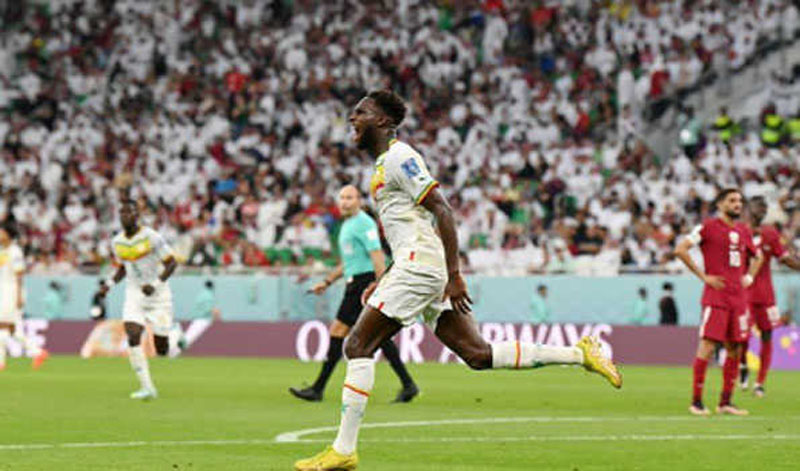 Three goals for Senegal were scored by Boulaye Dia (in the 41st minute), Famara Diedhiou (in the 48th minute) and Cheikh Dieng (in the 84th minute).

Forward Mohammaded Muntaru scored the only goal for the hosts in the 78th minute.Mohammad supplied the fabulous delivery for substitute Muntari to head Qatar’s first World Cup goal.

Qatar might point to the penalty appeal that was rejected at 0-0 and Dia would have a fair claim to the decisive contribution as the man who broke through shortly before half-time.

Dieng, however, introduced in the 74th-minute, delivered the telling blow 10 minutes after his arrival.

Qatar burst into life around the hour and created a handful of openings. Muntari eventually broke through, crashing in a finish that Didier Drogba, watching in a studio for BBC Television, would have been proud to call his own.

Qatar appealed for a penalty on 34 minutes when Akram Afif crumpled to the turf with Ismaila Sarr for company, but referee Antonio Mateu Lahoz didn’t see enough contact to point to the spot.

Dia seized on a slip from defender Boualem Khoukhi to fire Senegal in front four minutes before half-time. And Qatar goalkeeper Meshaal Barsham was defeated for a second time three minutes after the restart when Ismail Jakobs' corner was met at the near post by Diedhiou’s glancing header.