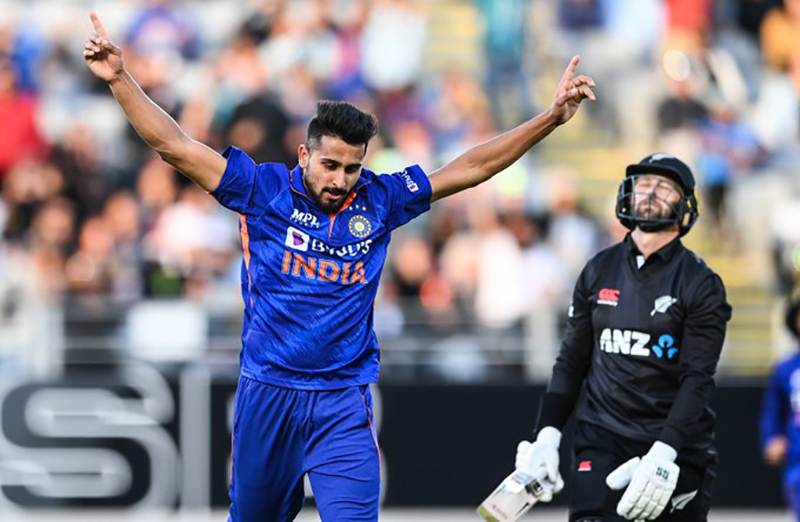 Auckland:  New Zealand skipper Kane Williamson (94*) and Tom Latham (145*) contributed 221 runs in their fourth wicket partnership as they defeated India by seven wickets in the first match of the ODI series here on Friday.

Tom Latham smashed 19 boundaries and five sixes in his knock to destroy the opponent.

Williamson gave him a strong company at the other end of the willow.

He hit seven boundaries and a six.

Finn Allen (22), Devon Conway (24) and Daryl Mitchell  (11) are the wickets which India picked up but soon the Kiwi batsmen recovered and crusied to the winning target of 309 runs for the loss of three wickets.

India earlier posted 306 runs for the loss of seven wickets.
.
Jammu and Kashmir pacer Umran Malik made his ODI debut with the match where he picked up two wickets.

Riding on  Shreyas Iyer's  80 and Skhilhar Dhawan's 72, India posted 306 runs on the scorecard.