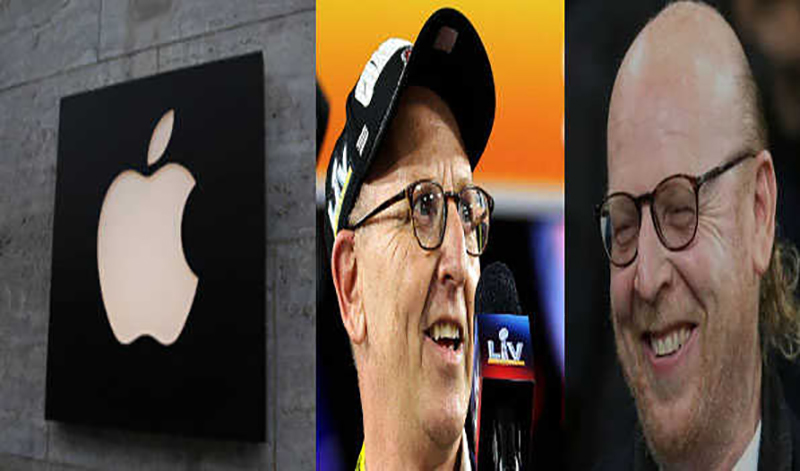 Washington/UNI:Tech giant Apple is interested in buying Manchester United for 5.8 billion pounds ($7 billion) in a deal that will make it the richest football club in the world, media reported Thursday.

The British club’s American billionaire owners and brothers Avram and Joel Glazer, want to sell it to the highest bidder after initially requesting 8.25 billion, the Daily Star reported.

The US tech major, with no experience of owning a football club the size of Manchester United, is keen to explore the opportunities that running it could provide.

For Man United, the takeover by a company with a net worth of $2.4 trillion may mean a new state-of-the-art stadium that would be seen as the best in the world, according to the British tabloid.

Apple will hold talks with banks in the coming weeks to oversee the potential sale.

The Glazers have held a controlling stake in the club since 2005 but have become unpopular with British fans.

Cristiano Ronaldo claimed in an explosive interview this month that the owners "don't care about the club" or professional sport in general.