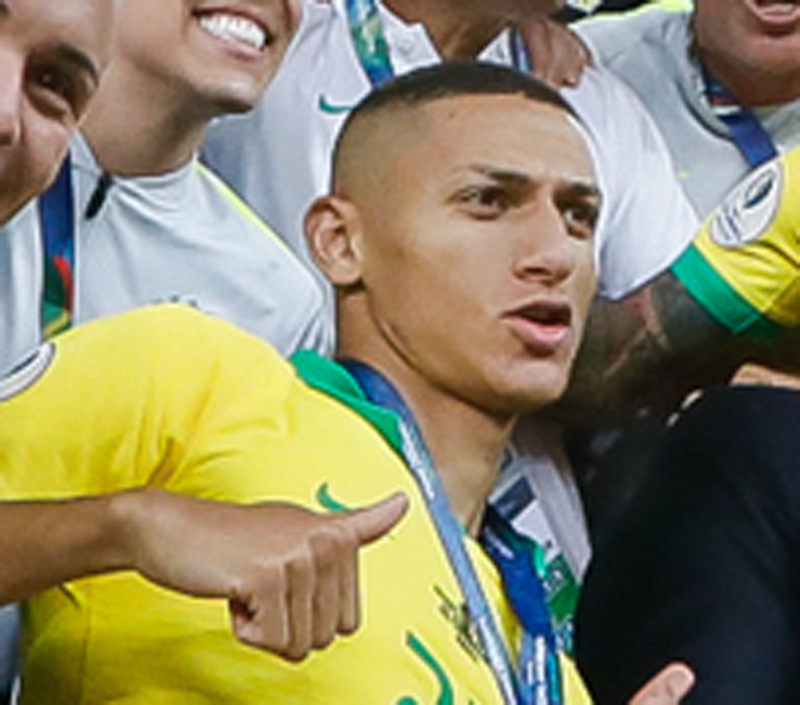 Lusail: "Recharlison. Now that's Brazil. If the first one was scruffy. This is sensational. This is what the supporters have come to see, and come to expect from anybody wearing this famous yellow shirt.

"The first touch actually forces him into that one, he doesn't intend to knock it up that high. It's a little heavy, but he makes his mind up and he's got the time in his face and he's got the skill to execute it, beautifully. That is more like it. What a gem! What a joy! What an expression!," the commentator thus described the bicycle-kick goal in his inimitable raunchy voice.

This goal of the tournament came in the 73rd minute as the five-time world champions as Brazil began their quest for a sixth World Cup title with a 2-0 victory over Serbia in their Group G match here on Thursday.

Recharlison's first goal was scruffy, though it put Brazil ahead with their tails up to fire in yet another minutes later.

As expected, Brazil began the match with Vinicius Junior on the left and Raphinha on the right wings, respectively. Both players were hemmed against the touchline when Brazil went forward in a bid to stretch Serbia's defense.

The strategy was effective in that it allowed Neymar, Richarlison and Lucas Paqueta space to attack, but the trio rarely looked threatening against a disciplined Serbia defense.

Casemiro provided an early spark when his deft through-ball released Neymar, only for the Paris Saint-Germain forward to be crowded out by a posse of defenders.

Thiago Silva also played a superb defense-splitting pass to Vinicius, who was unable to take clean possession after a perfectly timed tackle from Sergej Milinkovic-Savic.

Serbia rarely moved the ball into their final third as a back four led by Thiago Silva and Marquinhos proved watertight.

Brazil's best chance of the first half came when Paqueta and Raphinha played a slick one-two before the latter's meek left-footed shot was comfortably saved by goalkeeper Vanja Milinkovic-Savic.

The Selecao continued to press forward after the interval. Raphinha was presented with another gilt-edged chance after an errant Milinkovic-Savic pass fell into his path on the edge of the 18-yard box. But the Torino goalkeeper redeemed himself by saving the Barcelona forward's shot.

Serbia began to look unsettled as Brazil grew in confidence. Neymar sent a first-time effort just wide of the left post after Vinicius' cross and Sandro's long-range effort from distance cannoned off the post with Milinkovic-Savic nowhere in sight.

Brazil finally broke Serbia's resistance in the 62nd minute. Neymar dinked and weaved his way into the box before allowing Vinicius to drill a left-footed effort that forced a smart save from Milinkovic-Savic. Richarlison was fastest to react, smashing in the rebound with an unstoppable right-footed shot.

The five-time world champions immediately began probing for a second goal and it came in the 73rd minute when Richarlison put in an early bid for goal of the tournament.

The former Everton attacker controlled a Vinicius cross by flicking the ball up with his left boot before twisting his body and smashing an overhead shot with his right foot that flew into the bottom corner.

Richarlison has now scored nine times in his last seven games for Brazil, with his overall international tally standing at 19 goals in 39 appearances.

The result means Brazil have now won their past eight matches with an aggregate score of 28-2. Tite's men have not been beaten in their past 16 outings dating back to the 2021 Copa America final, which they lost to Argentina.