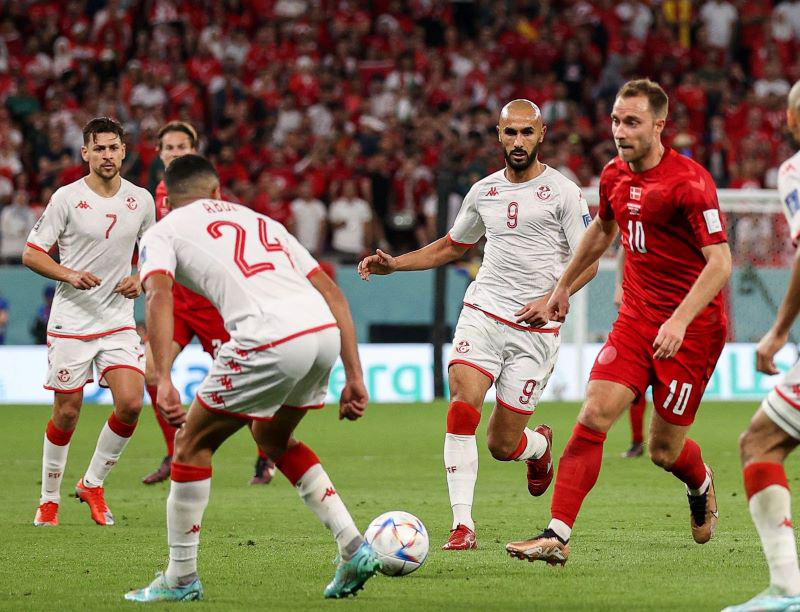 Doha/UNI: The first goalless draw at the FIFA World Cup 2022 came courtesy of Denmark, one of the fancied sides of the tournament, and Tunisia.

An enthralling fixture granted chances to both sides to take all three points, but ultimately there was to be no victor, reported fifa.com.

The best chances of the first half fell to the Tunisians - Mohamed Drager's heavily deflected shot almost dipped in and Kasper Schmeichel pulled off an excellent save to deny Issam Jebali – but it was ﻿in the second half where the golden chance fell.

As Andreas Christensen rose to head a corner goalwards, his namesake Andreas Cornelius dived for the ball.

Whether the outcome would have been different had he led with his foot rather than his head it cannot be known, but with it seeming like an opening goal it was certain it was the striker who ended up across the goal line rather than the ball.

When the referee ran over to the VAR screen for a last-minute penalty check, the Tunisians held their breath as they expected the worst. Montassar Talbi had possibly handled the ball – the Danes had called for it, but nobody could tell in real time – and awaited his fate.

This game, which had entertained but not found its route to a winner, was offering a last chance for victory. However, the Mexican referee waved away the claim and the two sides shared the spoils.