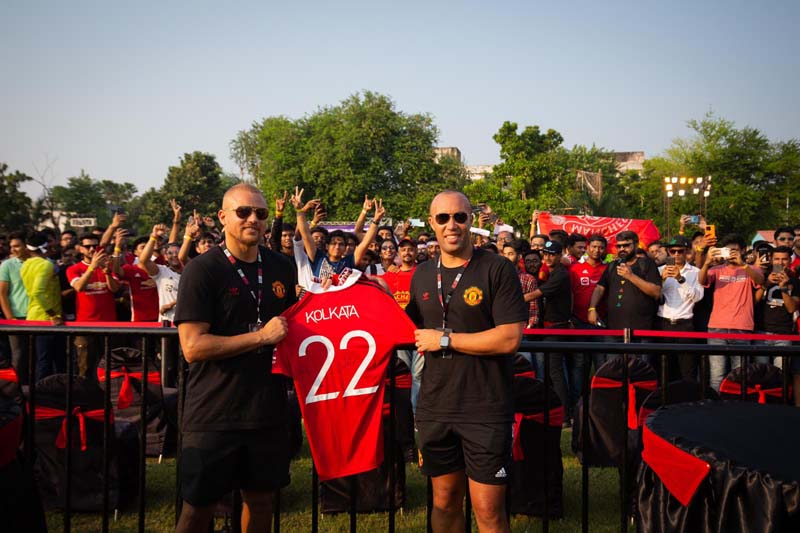 Kolkata: Manchester United’s marquee fan event, #ILOVEUNITED was in Kolkata this weekend, as over 7000 passionate United fans attended Nicco Park for a live match screening of the Club’s match against Newcastle - a record attendance for an #ILOVEUNITED event and largest ever football screening in India.

Voted for by fans, Kolkata was chosen as the host city of the Club’s first in-person live event since the pandemic.

Club legends, Wes Brown and Mikael Silvestre were both in attendance, meeting fans and entertaining the audience with stories of their time playing for Manchester United.

Former Manchester United defender, Wes Brown, comments:“It has been great to be back in India after a few years’ break due to the pandemic. I loved my time playing football in India and it is always great to see how much passion our fans here have for the club."

“Thank you to all the fans who attended today. We’re a long way from home and their support means a lot to everyone at Manchester United,”  Wes Brown said.