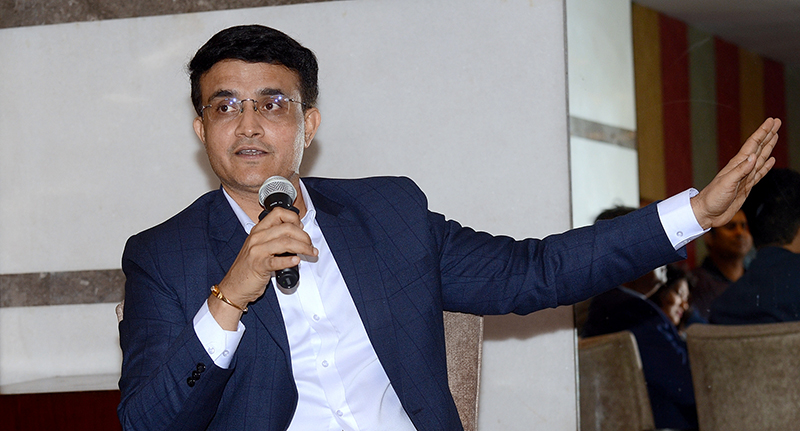 Kolkata/IBNS: Days after he was denied a second term in the Indian cricket board (BCCI), former skipper Sourav Ganguly has announced his decision to contest the upcoming presidential elections in Bengal cricket's governing body, CAB.

Ganguly Saturday confirmed that he will be contesting the upcoming presidential elections in the Cricket Association of Bengal (CAB), which was run by him for four years from 2015.

"The date for filing nominations is Oct 22. I will contest the elections," said Ganguly.

Ganguly Thursday broke his silence on the controversy over his unceremonious BCCI exit and said, "You can’t play forever. You can’t be an administrator forever, but it’s been fun doing both and seeing both sides of the coin. I will go for bigger things in future."

The cricket great, who shaped Team India as a captain, wanted to continue as the Board of Control for Cricket in India (BCCI) president, reports said.

Reports also said former BCCI president and IPL franchise Chennai Super Kings (CSK)'s owner N Srinivasan was one among those who slammed Ganguly as a board president accusing him of "non-performance" and alleged that he had represented brands that were the direct rivals of the board's sponsors.