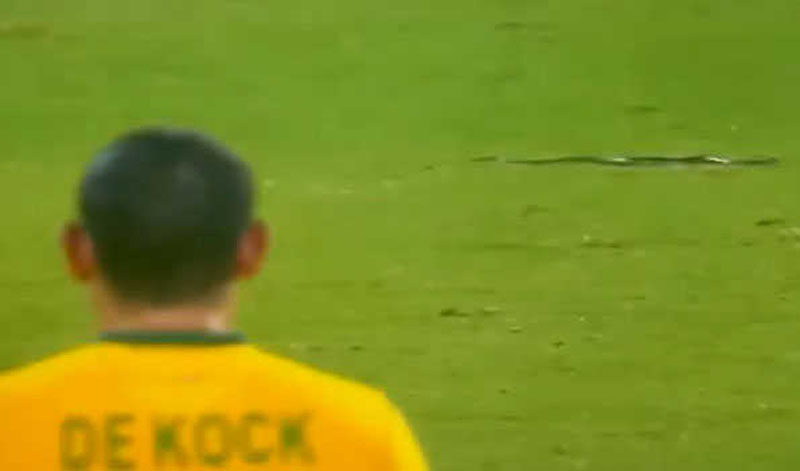 Guwahati: A strange guest intruded the Barsapara Cricket Stadium on Sunday which stopped the game between India and South Africa for 10 minutes.

The incident took place after the seventh over of India's innings when KL Rahul was amused to find a snake slithering in the outfield. The match resumed only after the ground staff carried the reptile out of the playing field.

This incident is one of the most bizarre instances ever witnessed in the ground during the match. There are other instances of games being halted for dogs sneaking into the ground and birds getting hit by a running ball.

Other strange instances also have stopped the game in the past. During a domestic match in Brisbane, domestic cricket team New South Wales needed 18 runs for victory, but had to stop batting for around 30 minutes due to the sounding of a fire alarm.

The game was stopped for 30 minutes, but later it emerged that one of their players was the cause for the delay.

Nathan Lyon had burnt a piece of toast which had prompted fire trucks to arrive at the ground.

In August this year, the start of the match between India and West Indies at Warner Park in St Kitts was delayed by three hours due late baggage arrival for the traveling side.

In 1986, Australia’s ODI match against India at Jamshedpur was postponed for the same reason.

In 2019, India and New Zealand Test match was stopped due excessive sunlight in Napier.

Another Test match between South Africa and Bangladesh also was halted with lunch getting delayed by 10 minutes due to late arrival of food for players.