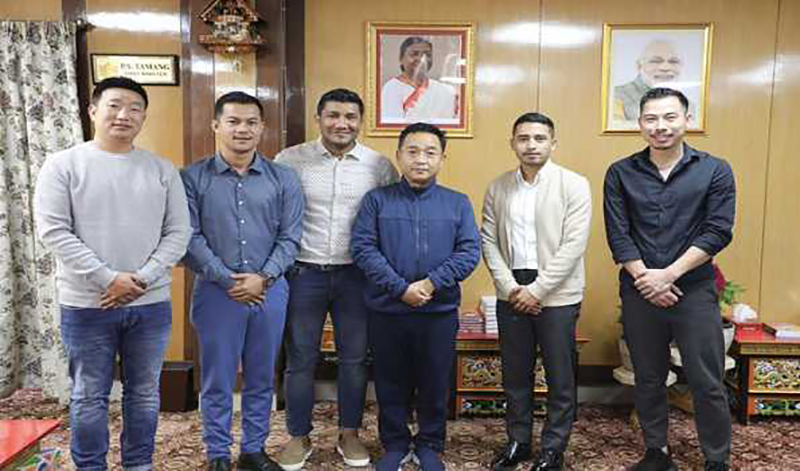 The national and state players including Nirmal Chettri, Sanju Pradhan, Bikas Jairu, Robin Gurung and Nim Tshering Lepcha, expressed their opinion on the present state of sports in the state.

The Chief Minister discussed policies and programmes for further promotion of football.

"I am confident they can contribute significantly towards the advancement of our Youth to be successful footballers.

"And with their experience, they can assist the younger generation," stated Tamang, who has a host of archive pictures portraying him as a footballer of Sikkim.