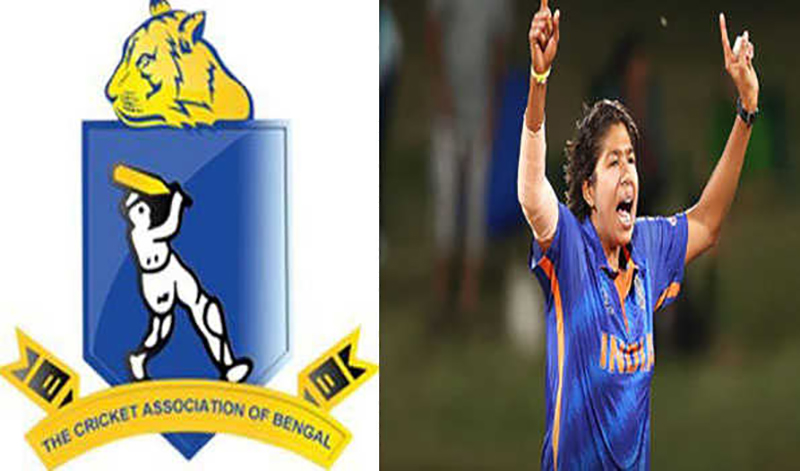 Kolkata: The Cricket Association of Bengal (CAB) on Saturday said it is planning to name a stand at the Eden Gardens after iconic woman cricketer Jhulan Goswami and would approach the Indian Army for the necessary permission.

Goswami has decided to call curtains on her illustrious international cricketer after the ongoing third and final game of the ODI series against England at Lords on Saturday.

To honour Goswami - the highest wicket taker in women's ODI cricket - the CAB organised the telecast of her last game at an auditorium in South Kolkata before 170 budding women cricketers, CAB members and office bearers.

Talking at the venue, CAB President Avishek Dalmiya said, "We are planning to name a stand after Jhulan Goswami at Eden Gardens. She is a special cricketer and deserves to be with the legends. We will approach the army for the necessary permission. We are also planning a special felicitation for her on the annual day."

The Army is the custodian of the Eden Gardens.

"At CAB we give equal importance to women's cricket and hence we see so many talented cricketers. They are of course inspired by Jhulan's achievements. Though she has retired from international cricket we would love her to play in the woman's IPL," Dalmiya said.