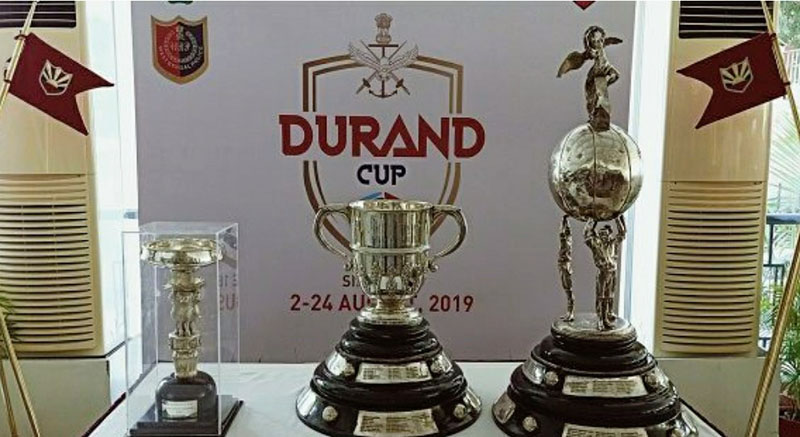 Kolkata/UNI: Bengaluru FC coach Simon Grayson said his side will keep the focus on themselves ahead of the Durand Cup final against Mumbai FC, set to take place at the Salt Lake Stadium, Kolkata on Sunday.

Unbeaten, with four wins and two draws, the Blues are up against Des Buckingham’s Islanders, who made it through to the summit clash with a 1-0 win over Mohammedan SC in the semifinal.

“Mumbai are a very good team with strong players who can hurt you in certain areas of the pitch. They've got Greg Stewart, who was one of the standout performers in the ISL last year, and some fast players on their flanks.

"They play a possession-based style of football, so it’s a different type of test for us. While we fully respect them and what they can do, we will continue to concentrate on our process and focus on giving them a lot to think about when we are attacking,” said Grayson, speaking to the media on the eve of the game.

The Blues finished runners-up in Group A, and made it through the knockouts with wins over Odisha FC (2-1) and Hyderabad FC (1-0).

The Englishman added that his side would do well to make more of their possession against Sunday’s opposition at the Salt Lake Stadium.

"We want to defend as a team and give away as few opportunities as possible, but it’s also important that we take care of the ball to create more chances,” added Grayson.

The Blues have scored 12 goals and conceded five through the course of the tournament, with striker Sivasakthi Narayanan leading their charts with four goals.

Mumbai City, meanwhile, have 19 goals to their name, albeit having conceded ten times in the process.

Lallianzuala Chhangte is the Islanders’ top scorer with seven goals, followed by Stewart who has six goals to his name.

Heading into the all-important final, Grayson conceded that he was keen to see his side put out a balanced performance with focus on the outcome of the game.

“When it comes to a final, if you can win playing whatever style, you would take that option. I’ve been part of finals in England where we’ve had much less possession, but won.

"That’s the most important thing in football. Having said that, we want to get the balance right by attacking well and being more careful with the ball to create as many chances as possible,” he further said.