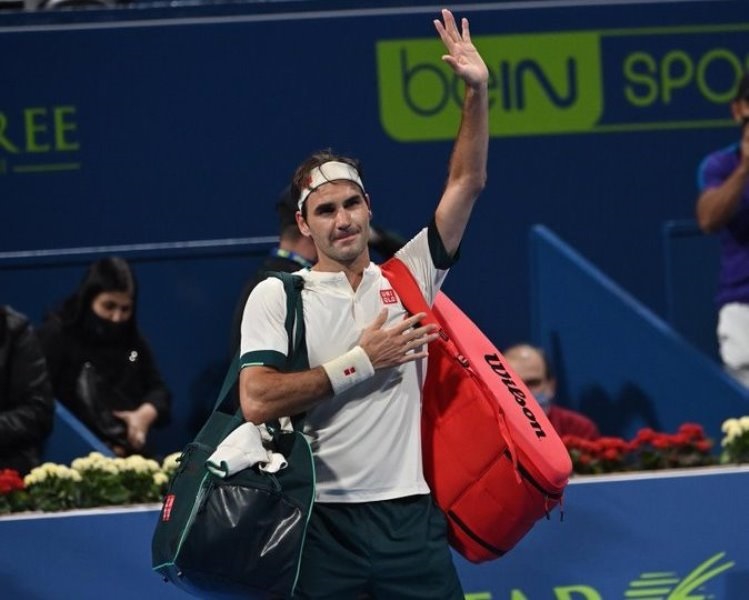 In a statement, Federer said, "As many of you know, the past three years have presented me with challenges in the form of injuries and surgeries. I’ve worked hard to return to full competitive form, but I also know my body’s capabilities and limits, and its message to me lately has been clear. I am 41 years old. I have played more than 1,500 matches over 24 years.

To my tennis family and beyond,

"Tennis has treated me more generously than I ever would have dreamt and now I must recognise when it's time to end my competitive career.

"The Laver Cup next week in London will be my final ATP event. I will play more tennis in the future, of course, but just not in Grand Slams or on the Tour."

The Swiss legend held World No. 1 in the ATP Rankings for 310 weeks, good for second since 1973 behind only Novak Djokovic. However, Federer held the top spot for a record 237 consecutive weeks from 2 February 2004 until 18 August 2008.

Federer served the sport as president of the ATP Player Council from 2008-14 and later rejoined the council from 2019-22. He was influential in securing significant prize money increases for players.

Through the Roger Federer Foundation, the Swiss has assisted almost two million underprivileged children in Africa.

At Roland Garros in 2009, Federer completed the Career Grand Slam, and at Wimbledon one month later, he broke Pete Sampras’ Open Era record by lifting his 15th major trophy. He went on to claim 20 Grand Slam trophies, which now only trails Rafael Nadal (22) and Djokovic (21).

Federer has 1,251 tour-level wins during his illustrious career, good for the second-most victories on record behind only Jimmy Connors’ 1,274. The Swiss also claimed 103 tour-level trophies, only trailing Connors’ 109.

He claimed a record six titles, 59 wins, and 18 qualifications at the Nitto ATP Finals and also excelled at the ATP Masters 1000 events, where he won 28 titles.

Federer is also the most-decorated athlete in the history of the Laureus World Sports Awards, winning Sportsman of the Year five times (2005-08, 2018) and Comeback of the Year in 2018.

After undergoing knee surgery in 2016, he returned in 2017 to play some of the best tennis of his career. As the 17th seed at the 2017 Australian Open, he won his 18th Grand Slam title and his first since Wimbledon in 2012.

Federer became the oldest World No. 1 in the history of the ATP Rankings on February 19, 2018, at 36. He would then win a record eighth Wimbledon title later that year and then a sixth Australian Open trophy in 2018.