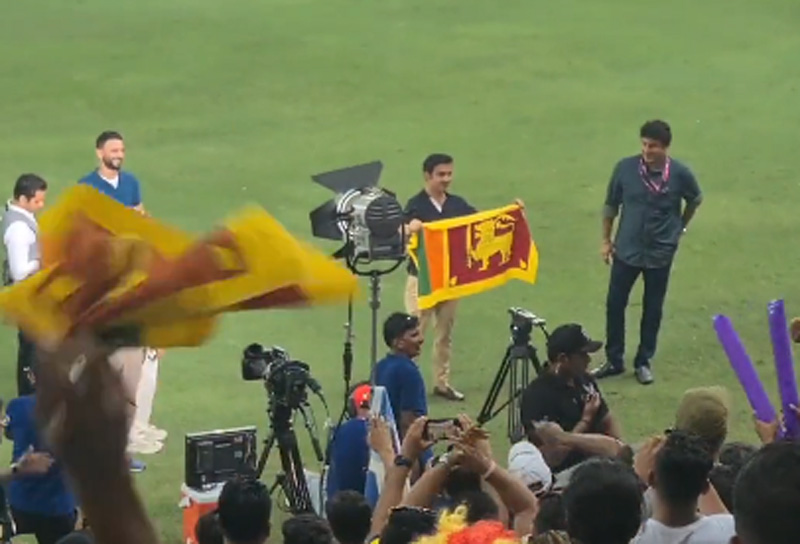 Dubai: Former Indian opener and World Cup hero Gautam Gambhir was seen posing with the Sri Lanka national flag after the side clinched the Asia Cup by beating Pakistan.

Sri Lanka emerged victorious as they defeated Pakistan, a side which was considered as one of the favourites to lift the trophy, by 23 runs to clinch the Asia Cup here on Sunday.

After posting 170 runs for the loss of six wickets, Sri Lankan bowlers completed the task by bowling out Pakistan for 147 runs.

Mohammad Rizwan remained the only silverlining in the Pakistani squad as he smashed 55 runs.

He hit four boundaries and a six.

The rest of the batting lineup failed miserably to deliver.

Sri Lankan bowlers surely threw a challenge to the cricketing world ahead of the T20 World Cup which will be played next month with their dominance in the Asian circuit.