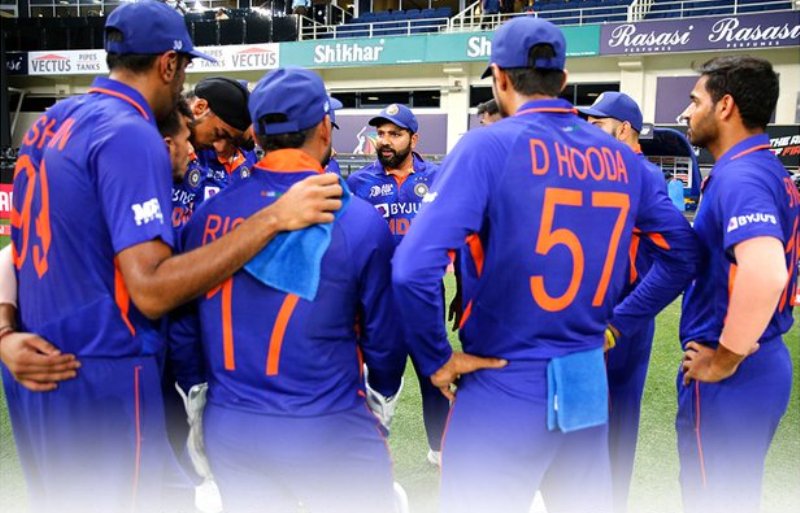 India lose to Sri Lanka in Asia Cup Super 4 clash by 6 wickets, Rohit Sharma's team on brink to get ousted

Dubai/UNI: India have one foot on the flight back home after they lost their second Super 4 T20 match against Sri Lanka, who registered a 6-wicket win to storm into the finals of 2022 Asia Cup at Dubai International Stadium here on Tuesday.

With this loss, India are now left at the mercy of other teams and their results. They had lost their first Super 4 match against arch-rivals Pakistan in a Super Sunday thriller.

Kusal Mendis and Pathum Nissanka put on 97 runs for the first wicket before the latter fell to Yuzuvendra Chahal after making 57 off 37 balls with 4 boundaries and 2 sixes.

Before Nissanka departed, Sri Lanka looked well poised to cross over the mark in a jiffy, but Chahal (3/34) and Ravichandran Ashwin (1/32) spun the ball in India's favour by picking up wickets of Charith Asalanka (0), Danushka Gunathilaka (1) and Kusal Mendis (57 off 37, 4x4s 3x6s).

Earlier, Rohit scored a brilliant 72 off 41 to help India post a challenging 173/8 after his team had a disastrous start. He lost opener KL Rahul and in-form Virat Kohli, but he took the challenge on his shoulders had changed the complexion of the game with his trademark strokes.

The Indian captain raced to his 28th T20I fifty in just 32 balls and then ran riot to give a black eye to the Sri Lankan bowlers before they bounced back.

Before he departed, Rohit achieved a major milestone as he became the first Indian batsman to complete 1,000 runs in Asia Cup history after he went past Sachin Tendulkar, who had finished with 971 runs in 23 matches in the Asia Cup. Tendulkar got all these runs in ODI games.

Rohit is now only third on the all-time list behind Sri Lanka’s Sanath Jayasuriya and Kumar Sangakkara.

Suryakumar Yadav contributed 34, while Hardik Pandya and Rishabh Pant scored 17. None other batsmen contributed, except Ravichandran Ashwin (15 off 7) who took India's total to a challenging one by whacking one for a maximum.

Shanaka won the toss and sent India to bat first, looking to seal a final spot in the Asia Cup T20.

India made one change for the crucial game, with off-spinner Ravichandran Ashwin coming in for Ravi Bishnoi. There were no changes in Sri Lanka eleven that beat Afghanistan in their Super 4.