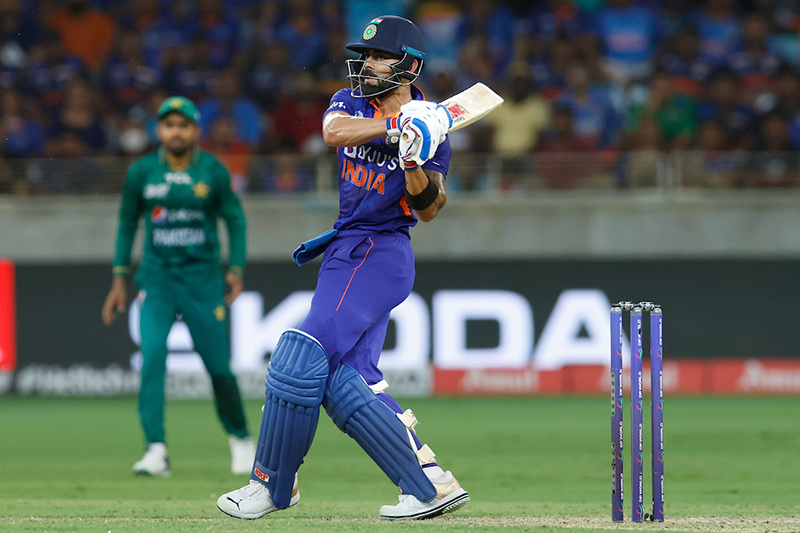 Dubai/UNI: After the last over defeat against Pakistan yesterday, India will not only crave to field the best playing XI, but also get the best out of an apparently lacklustre bowling unit as they face Sri Lanka in a must-win Super 4 encounter at Dubai International Stadium here Tuesday.

India are impoverished with the absence of Jasprit Bumrah, Harshal Patel and Ravindra Jadeja, which has created an imbalance in batting and bowling units.

The batsmen have come out with flying colours so far in the tournament, but the bowlers, especially young fast bowlers Arsdeep Singh and Avesh Khan have been let down.

To plug the mismatch, India went with five bowling options in the match against Pakistan, which was a risk in the event one of the top bowlers has an off day, and exactly that happened with Bhuvaneshwar Kumar going for 19 runs in the penultimate over, which completely turned the match in Pakistan's favour.

Hardik Pandya and Yuzuvendra Chahal, who had fairly good outings in Group matches, would like to forget yesterday's match as they proved expensive and would be eager to do well in tomorrow's encounter.

Head coach Rahul Dravid and captain Rohit Sharma might play Axar Patel who could be a perfect match to Jadeja who could bring balance into the side. Ravi Bishnoi, though bowled really well in the last match, is not as able as Axar with the bat.

Avesh Khan, who missed the Pakistan match due to illness, may be considered as third specialist pacer or could replace Arshdeep.

Debate is also between Rishabh Pant and Dinesh Karthik, of who makes the better cut for India.

DK had played two matches in the group stage, but did not get too many balls to go after bowling in death overs. He should be the front-runner to get a game Tuesday, considering the lack of power batting in death overs which was witnessed in the Pakistan match.

The biggest positive out of Pakistan's game was the form of the top three - Rohit Sharma, KL Rahul and Virat Kohli.

The openers gave a sublime 54 runs start for India against Pakistan and Virat went on to score his second consecutive half century in the tournament.

Sri Lanka, on the other hand, have hit the purple patch after claiming two closely-fought matches against Bangladesh and Afghanistan.

Charith Asalanka, however, has been an exception.

When Sri Lanka walks onto the field Tuesday, they will have a strong belief of winning from any situation and India is loaded with the pressure of a must-win match.

So, as it is, the fans are expected to witness yet another super match on a Super Tuesday.