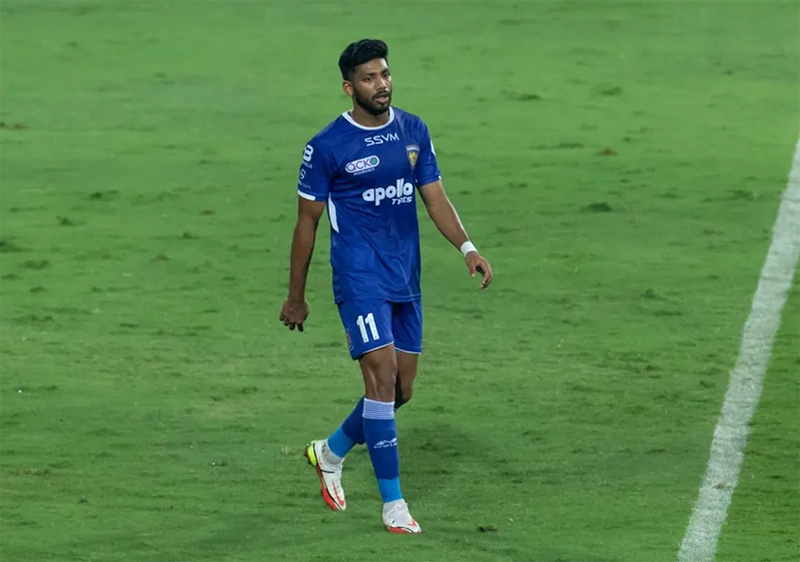 Chennai/IBNS: Indian Super League (ISL) club Chennaiyin FC announced that Rahim Ali extended his contract with a new deal in place that keeps him in the club till 2024.

Ali is one of the handful of members in the Chennaiyin squad that reached the ISL final in the 2019-20 season.

He has made 40 appearances for the club spanning over three years scoring four times and assisting twice.

On committing to the club for two more years, he said, "I'm very happy to sign a new contract with Chennaiyin FC. There was never a doubt in my mind. I'm not going anywhere."

The forward was also a part of the famous squad that took part in the U-17 World Cup that took place in India in 2017.

He made three appearances, including the start against Colombia U-17.

Rahim has made 31 appearances for I-League outfit Indian Arrows FC, which is largely considered as the home for India’s biggest young talents.

The 22-year-old is also a current member of the Indian National team, having made six appearances since his debut in September 2021.

Co-owner of Chennaiyin FC Vita Dani said, "Over the years Rahim moulded himself into one of the most exciting young talents in the country. Valuable experience with the Indian national team and youth on his side, his extension is a huge positive for our team.

He was also part of the squad that won the SAFF Championship in 2021, coming off the bench in three games, including the final against Nepal where he assisted India’s third and final goal.