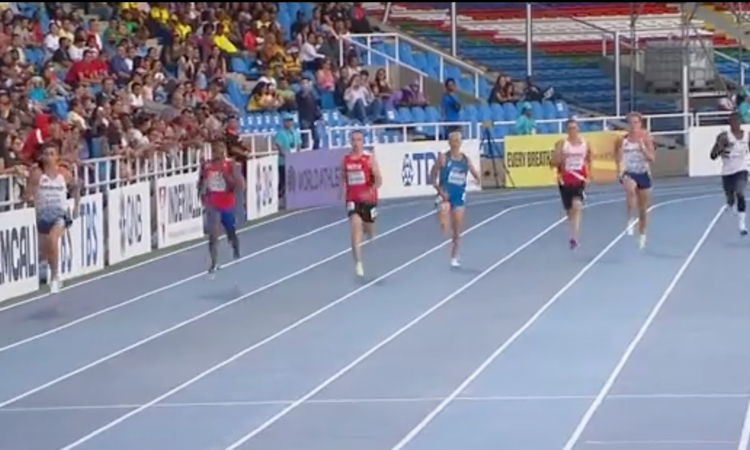 Cali/IBNS: Italian Decathlete Alberto Nonino lost the 400m race at the 2022 World Athletics U20 Championships due to a wardrobe malfunction caused by his decision to go commando for the run.

At the start of his race in Cali, Colombia, Nonino showed promise by outrunning his competition, however, post crossing the middle lane he was captured holding his crotch six times, as per media reports.

This allowed his rivals to take a lead over him.

The 18-year-old had attempted at resolving this issue yet finished last in a time record of 51.57 seconds, according to media reports.

In an Instagram post, Nonino said, "I just want to talk to you a little bit about the rumpus there’s been on blogs and social media in general. I’m conscious it was obviously an accident and I’d like to tell you I’m aware of the reaction and you don’t need to send me the links to the blogs out there.”

“I’m trying to laugh about it now but immediately afterward I felt terrible and I’m thankful to my friends and family for helping me get over what happened a few hours later,” he said.