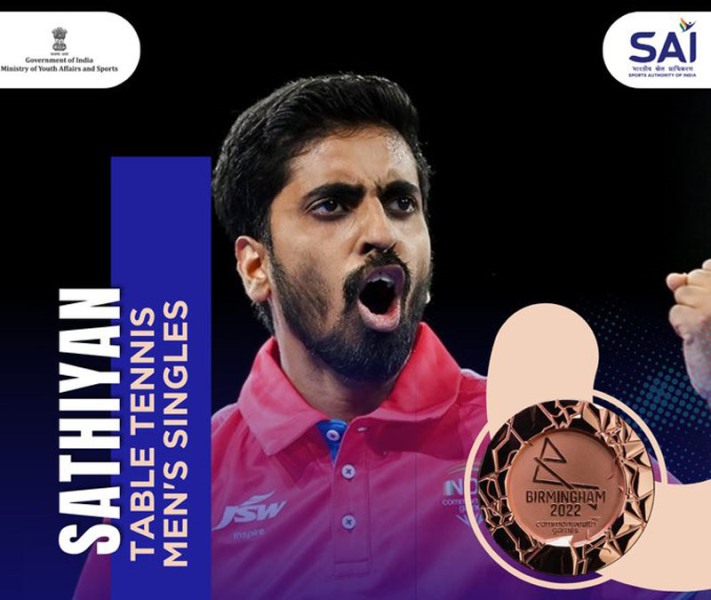 Sathiyan was leading 3-0 before Paul staged a stunning turn-around by taking the next three games to take the match into decider. But the Sathiyan had the last laugh as he maintained composure to win the final game 11-9.

The 29-year-old Indian made his CWG debut in 2018. He was part of the men's table tennis team that won the gold medal.

The contingent defended their gold in the ongoing edition, and along with Sharath Kamal, Sathiyan Gnanasekaran also won the silver in men's doubles event at CWG for the second time.