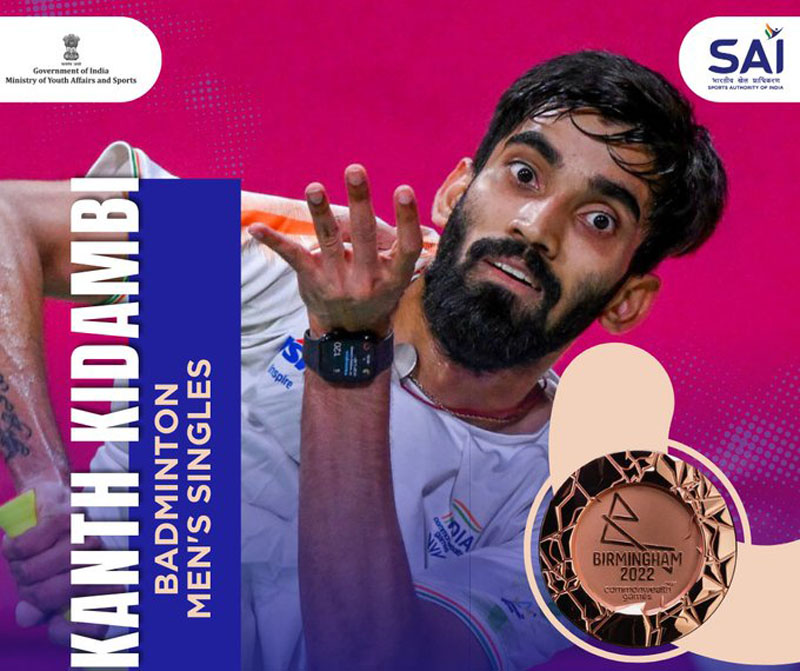 After suffering a loss in the semifinals to Malaysia's Ng Tze Yong, Srikanth ensured that India added another medal in their tally with his triumphant 21-15, 21-18 effort.

The Indian shuttler faced Teh who was in pain and did not miss an opportunity going and comforting him who executed some good smashes, notwithstanding his fitness concerns in the match.

In the semis, Kidambi had looked to book his place in the gold medal match as he had won the first set and took a 19- 18 lead in the second set.

However, his Malaysian rival made an incredible comeback and continued the momentum in the third set and set up a marquee final against India's Lakshya Sen.

This was the second time at the 2022 CWG that Young beat Srikanth in the final of the mixed team event too.