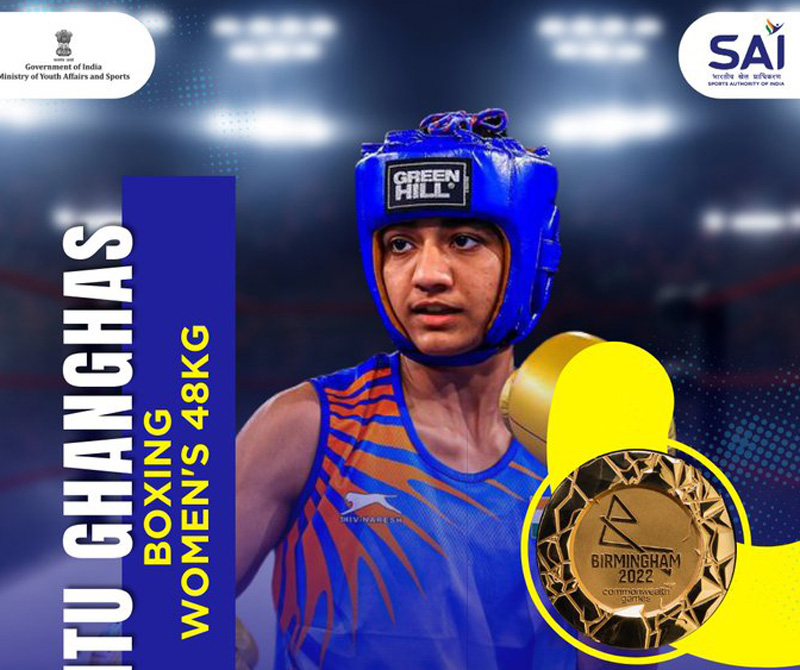 Birmingham: India is witnessing a gold rush in the ongoing Birmingham CWG as  Boxer Nitu Ghanghas displayed a strong show to beat  England's Demie-Jade Resztan in the final of the women's minimumweight category to grab the yellow medal on Sunday.

Nitu dominated the show and the bout was decided in her favour by the judges.

He had won the silver medal in the 2018 edition of the sports event.