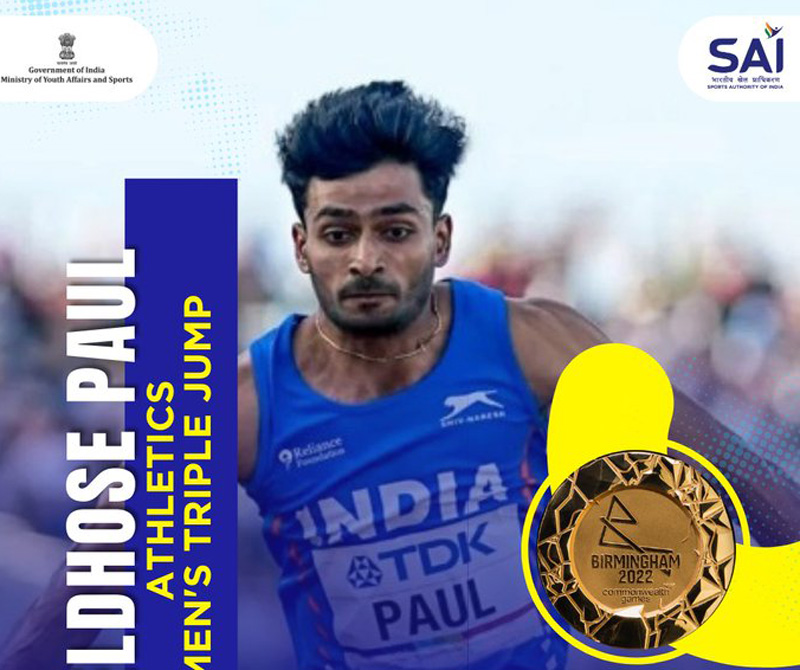 Birmingham: India created history in the men's triple jump event as the gold and silver medals were clinched by the athletes here on Sunday.

Paul is the the first jumper to clear 17m at CWG after jumping a distance of 17.03m in his third attempt. His previous best was 16.79m triple jump at the finals of the World Championships in Eugene.

India had won four triple jump medals in the past editions but this is the first time two athletes from the country have secured podium finishes.

Mohinder Singh Gill had won a bronze and a silver in 1970 and 1974 editions respectively while Renjith Maheswary and Arpinder Singh had finished third in the 2010 and 2014 editions.

Meanwhile, Abdulla Aboobacker won silver with a 17.02m jump in his fifth attempt. It could have been a clean sweep for India, but Praveen Chitravel finished fourth and missed the podium by a whisker.

Bermuda’s Jah-Nhai Perinchief won bronze with a jump of 16.92m.