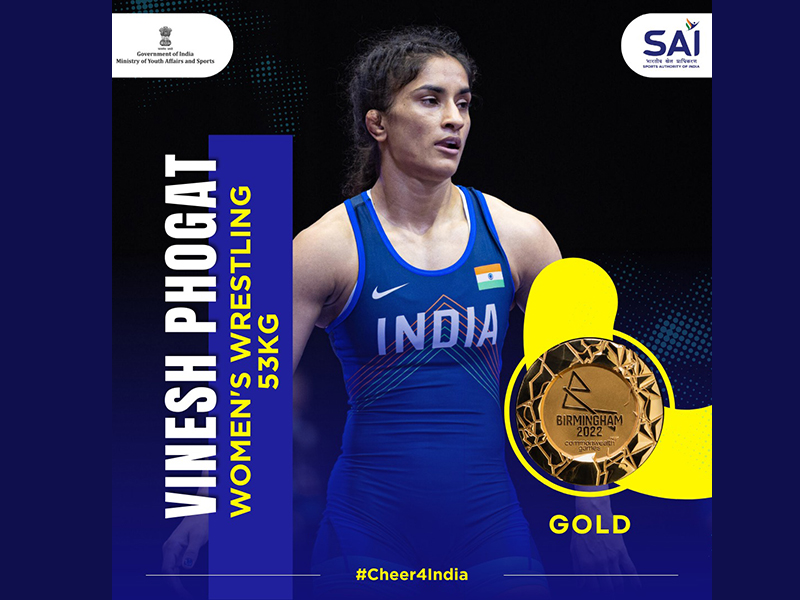 With this, Phogat has become the only Indian woman to win three consecutive golds in the games.

She is also the first Indian woman to win gold in the Asian Games and the Commonwealth Games.

In this category, the winner is decided by the Nordic system, wherein every competitor has to face other contestants in a round-robin system.

The wrestler with the most wins clinches the gold.

Vinesh won all three of her matches comfortably.

This was Vinesh's major comeback after she lost in the Tokyo Olympics where she was one of the top gold contenders.