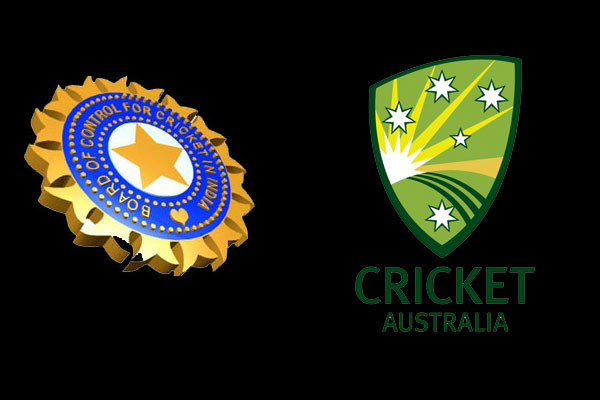 India Blooms News Service | | 07 Jan 2015, 03:24 pm
#Australia, # India
Sydney, Jan 7 (IBNS): Australian batsmen continued their dominance as Steve Smith hit a century to post 572 runs for the loss of seven wickets before declaring their innings at the end of the second day of the fourth Tests match here on Wednesday.

India lost the wicket of Murali Vijay (0) to end the days play at   71 for the loss one wicket.

Rohit Sharma (40) and K Rahul (31) were unbeaten at stumps and resume the innings on Thursday.

Rohit has hammered three boundaries and two sixes in his knock so far.

Mitchell Starc has picked up the wicket of Vijay to give early jolt to India who made a worst possible start to the innings.

Resuming the day from 348 for two, Smith hit a century where he smashed 15 boundaries.

After Watson and Smith departed the innings was further moved ahead by Shaun Marsh (73) and Joe Burns (58).

Mohammed Shami gave away 112 runs but picked up five wickets in the innings.

India bowlers continued to struggle with all of them failing to trouble the Australian batsmen much.

R Ashwin and Umesh Yadav picked a wicket each.

Australia have already clinched the series.