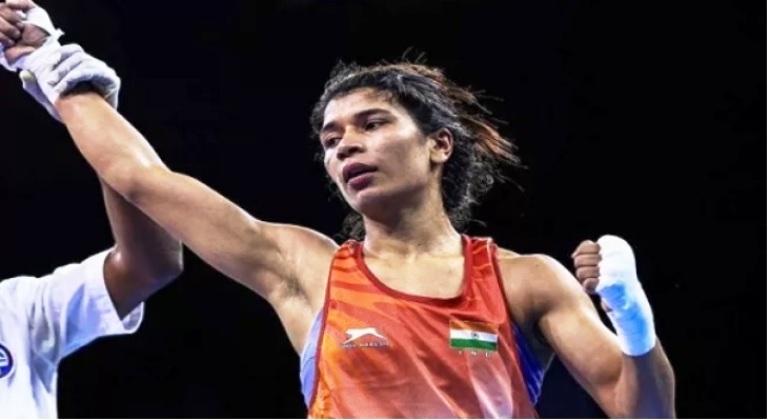 Nikhat defeated England's Savannah Alfiya Stubley by unanimous decision in the semifinals to move to the summit clash.

She will fight Northern Ireland’s Carly McNaul, a silver medallist from Gold Coast 2018, in the final on Sunday.

The Indian dominated the fight right from the start. Although Stubley tried to counter but failed to connect as Nikhat evaded her punches comfortably.

In the final round, Nikhat eased up and resorted to defensive tactics, holding her guard up against Stubley.

She countered when the Englishwoman attacked and stayed light on her feet to avoid any punches flying her way.