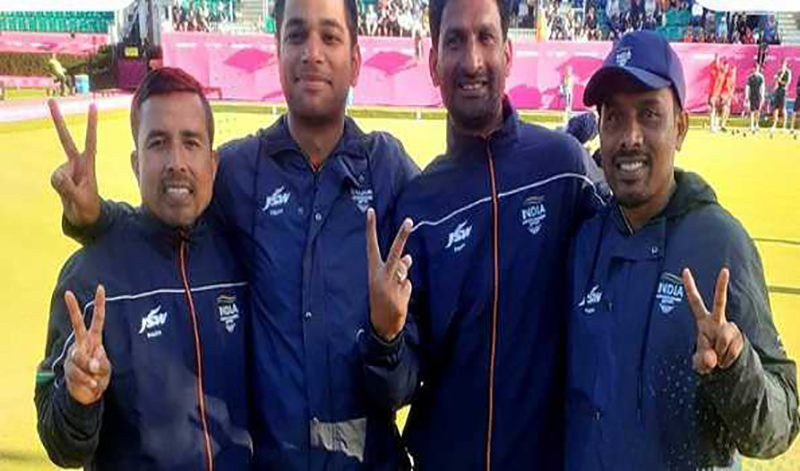 Birmingham/UNI: The Indian men's fours team won the silver medal in lawn bowls at the Commonwealth Games on Saturday.

This was India’s second medal in the discipline after the women’s fours team won a historic gold medal.

For Northern Ireland, it is the fifth CWG gold medal second in the men’s fours after 1998.

In the final, Northern Ireland started string as they raced to 7-0 lead by the fourth end. The Indians won its first point only on the fifth end.

India made it 7-2 by the sixth end but Northern Ireland soon regained their hold on the tie, making it 10-2 on the seventh end which soon stretched 13-5 by the 11th end before moving to 17-5 lead after the 13th end.

On the 14th end, India had three bowls closer to the jack before the last roll but Northern Ireland managed to squeeze one in to go up 18-5 and win the gold medal.