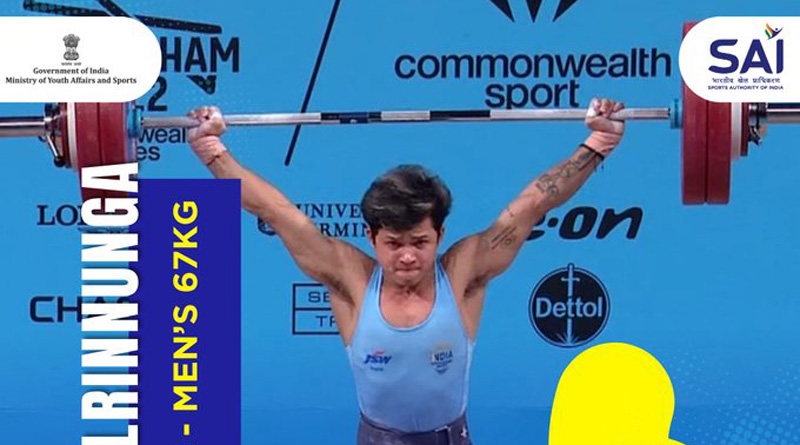 Happy for all the love I have received: Jeremy Lalrinnunga

Birmingham: Jeremy Lalrinnunga won India’s and the weightlifting squad’s second gold on his Commonwealth Games (CWG) debut at the young age of 19 on Sunday.

He took the stage for India in the 67 kg Men’s Weightlifting category and added to the nation’s medal tally which presently stands at five.

"There were so many who came to see me here in the stadium as well and I just want to say thank you to everyone.”

The CWG Gold medalist was greeted by the Queen of Indian Weightlifting Mirabai Chanu, prior to his competition and that inspired him to go for gold.

He said, “Didi (Mirabai Chanu) motivates me a lot. Before going into the competition, she met me and inspired me to do good. She was cheering for me from the very first row. I got to learn so many things from her whether it was about hard work and her journey to the Olympics and all. She guides us every time.”

Jeremy, who participated in his first CWG in Birmingham, was excited to book his first senior level victory post the Youth Olympics games and after overcoming a series of injuries.

“After youth Olympics, I haven't achieved such a big thing like this. This is my first medal at senior level competition and I have had to face a few injuries," Jeremy said.

"People kept asking me, when are you going to bring medals after the youth Olympics. And I kept working hard to win a medal for my country. I couldn't give the performance as I expected but I've achieved what I wanted to.”