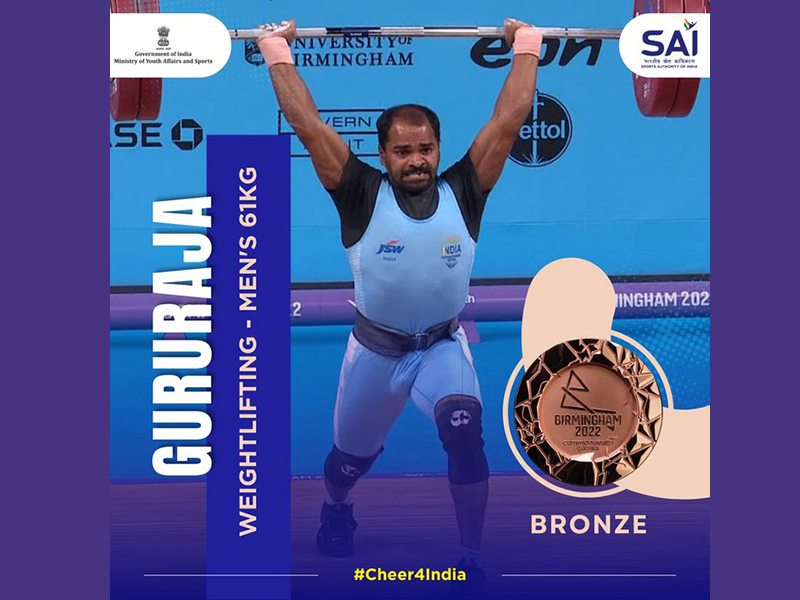 He clinched the third spot with a total lift of 269.

Sargar, who is the current national record holder, lifted a total of 248kg ( Snatch 113 kg; 135kg Clean and Jerk) to be second on the podium.

Malaysia's Bin Kasdan Mohamad Aniq lifted a total of 249kg, a Commonwealth Games record in the category, to win the gold medal.

Gururaja lifted total 269kg --118kg in the snatch round and 151kg in clean and jerk round -- to claim a podium finish.

Malaysia's Aznil Bin Bidin Muhamad, who had won the 62kg gold at 2018 Gold Coast, lifted a combined 285kg in both rounds to win the gold medal and create a new Commonwealth Games record in the category. Papua New Guinea's Morea Baru got silver with 273kg lift.

This was Gururaja’s second straight CWG medal. He has won the men’s 56kg silver at the 2018 Gold Coast edition but had moved up a weight division to compete in the 61kg category at Birmingham.